"This is it. If you play here, you've made it," Young acknowledges.

Brett Young recently revived his headlining Chapters Tour for a one-night-only show at Nashville’s famed Ryman Auditorium. Now, the superstar is taking fans behind the scenes of the hallowed venue in a video clip debuting exclusively on Country Now.

“Everything about tonight is very exciting. I think just having live people in the audience is the most exciting thing right now,” Young says in the Backstage at the Ryman clip. “My baby girl and my wife are here too! So that’ll be fun.”

The Ryman Auditorium hosted 250 socially distanced and masked fans for Young’s performance, which brought his Chapters Tour back to life. Originally launched in early 2020, the tour showcases the various chapters of Young’s life, from growing up in California to following his country music dreams.

“It’s a really bizarre thing to take this tour that kind of got brought to a really quick halt and then get to do it again, especially for the first time with a live audience again,” Young admits. “I love that it’s the Chapters Tour because that was the story I was trying to tell and was kind of interrupted, so it feels good to be back doing it.”

Throughout the video, Young discusses the inspiration behind the tour, how his West Coast upbringing continues to influence his music and also reflects on his first visit to the Ryman.

“When I moved to Nashville, it’s almost been seven years now, I decided to come to the Ryman because Keith Urban was playing,” Young shares of the full-circle moment. “I sat right back over there and I watched Keith Urban on the stage. It was one of those experiences where you just kind of sit there and go, ‘one day.’

Click above to watch the Backstage at the Ryman with Brett Young. 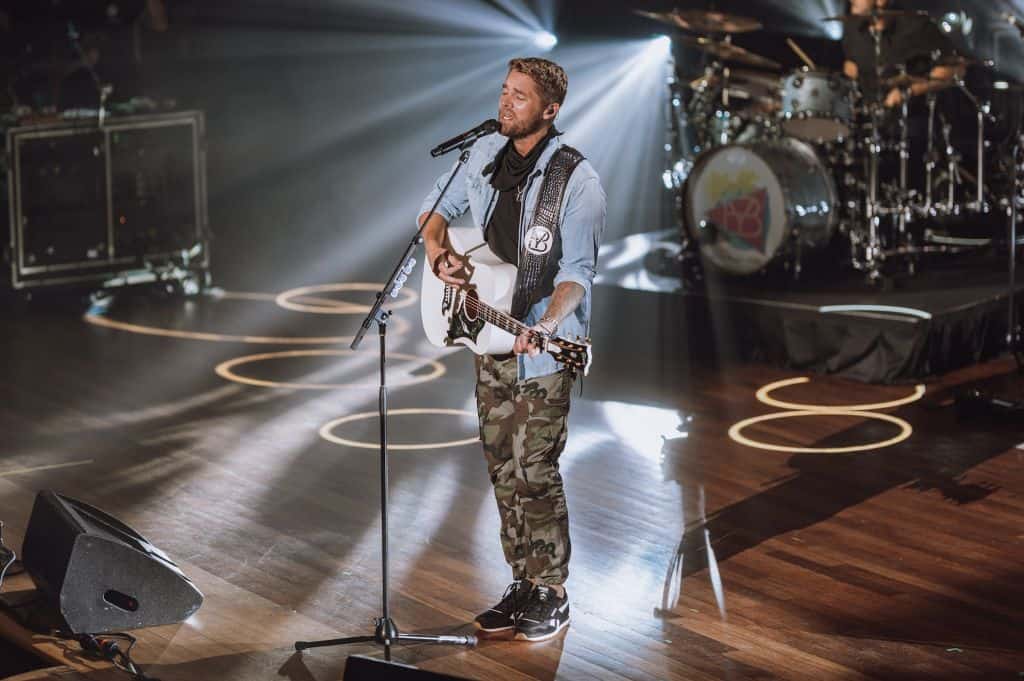 Young’s show at the Ryman was one of many socially-distanced concerts the venue has hosted since reopening its doors last fall. In addition to in-person ticketing, shows at the Ryman are also available to livestream for a small fee. Upcoming events include Kip Moore on February 12, The Allman Family Revival – A Sonic Celebration of Gregg Allman’s Life and Legacy on February 13 and Drew and Ellie Holcomb on February 14.

Fans can click HERE for information about in-person and livestream tickets.