These are the nominees for Favorite TikTok Artist.

Pour yourself something strong and kick off your cowboy boots because Country Now is celebrating the devoted artists that have made an influential impact on Music City and throughout the country music genre in 2021 with the inaugural Country Now Awards.

For the first time ever, Country Now is recognizing signed and independent musicians that have scored high placement on the charts, released smash hits, held epic performances, and even the country newcomers who have placed their name on the map since January 1, 2021.

Music fans have the opportunity to participate in the 2021 Country Now Awards, as they now have the chance to scroll through all 14 categories and hand-pick their favorite artists, songs and albums.

Fans can start voicing their opinion with unlimited votes beginning on Monday, November 15 at 9 AM CT. The polls will close on Tuesday, November 30 at precisely 11:45 PM CT.

To support your favorite artist, head to countrynow.com/vote.

These artists may have made a name for themselves on TikTok this year, but we have a feeling their success will reach far beyond the social media platform in 2022.

This award goes to an artist who gained notoriety through a viral video(s) or sound on TikTok in 2021.

After making a name in the St. Louis R&B and hip-hop music scene with genre-bending icon, Nelly – Alexandra Kay returned to country music by utilizing social media. She quickly drew a dedicated fan base of over 526,000 followers to date on Facebook, charmed a new audience of country music enthusiasts with 126,000 followers on Instagram, and raked in 1.9 million TikTok users with her viral “Coffee Cover” series. “The very first coffee cover was an accident. Someone asked how I make my coffee, so I posted a video of me pouring everything into my cup,” shares Kay during an exclusive Country Now interview. “The Chicks “Cowboy Take Me Away” just happened to be playing through my Alexa, and I sang along. I had no idea the videos would lead me to two iTunes No. 1’s, millions of streams, and meeting some of my biggest inspirations!”

Country music newcomer Ashley Cooke has made quite the name for herself on social media. The blonde powerhouse would showcase her wide vocal range by singing chilling covers and original material. The variety of quality content quickly gained her a loyal fan base of over 780K followers on TikTok alone. Her 2021 single “Sunday Morning Kinda Saturday Night” hit No.1 on the iTunes Country Chart and No. 15 on the iTunes all-genre chart. Her rapid success was noticed by notable names in the industry, which led her to join forces with multi-platinum artist Jimmie Allen and sing-songwriter Roman Alexander. While pursuing her music career, Cooke became the co-founder of The 615 House – a community of aspiring country singers and viral TikTokers.

It’s no secret that TikTok has become a powerful platform for aspiring musicians, making it filled with dream chasers. The popular application has forced artists to think outside the box to capture the attention of music fans. TikTok user James “Bear” Bailey quickly adapted to this strategy and made a name for himself by serenading customers at a Super Serve gas station near his home in Houma, Louisiana. While he shares an array of covers from top-charting musicians in different genres, his renditions on country tracks are what put his name on the map and captured the attention of notable artists within the industry. After receiving recognition from Keith Urban, the 33-year-old rising star made his national TV debut on The Nick Cannon Show, gained a following of over 3.2 million on TikTok, and started creating his own material in Music City.

Brandon Davis has country music running through his veins, as his father is an accomplished musician who worked alongside Garth Brooks. While he had always loved music, his passion was baseball. His priorities quickly changed back in 2019, when he found himself in a life-changing car accident. While recovering in the hospital, he decided to put his energy towards his music. That same year, he performed around town, but when live music was brought to a sudden halt due to the global pandemic – he turned to TikTok to share his voice. He quickly garnered 1.5 million TikTok followers and scored a record deal with Nashville – based Big Yellow Dog Music.

When Cooper Alan was in College at UNC-Chapel Hill, he became known for his energetic performances at local pubs in the area. Following graduation, he moved to the ten-year-town and quickly started networking among the best in the industry. It wasn’t long until award-winning songwriter/producer, Victoria Shaw recognized Alan’s unmatchable talents and signed him to a publishing deal. Like many musicians, Alan turned to TikTok to reach a new audience and to get his original content heard. His hit “Small Town Celebrities” with Colt Ford, “New Normal,” and “Too Soon” are just some of his songs that went viral on the platform. Now, the country newcomer has 5.5 million followers on TikTok alone.

Oklahoma native Josh Woods was simply a car wash employee before TikTok turned him into an internet sensation and budding country artist. Woods made a name for himself by intertwining his love for music and his day job at Tommy’s Express Car Wash. He would upload chilling covers from icons to rising stars such as – Brooks & Dunn, Hanks Williams Jr., Keith Urban, Morgan Wallen, Miranda Lambert, and more. The renditions quickly became a hit, and he scored a fan base of over 112.9K followers, and some short clips even garnered over a million views. The country newcomer recently received his big break on The Bobby Bones Show. 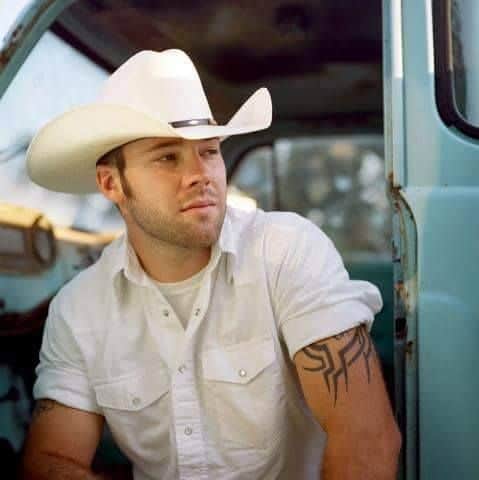 Thanks to TikTok, Kaleb Austin had the opportunity to pursue his craft full-time. The independent artist made his music debut with his up-tempo track “Sound Of The South,” which amassed over 700,000 streams and scored him his very first No.1 on the iTunes Country Chart. The country newcomer kept the positive momentum up, as he reached the top on both the Country Chart and iTunes all-genre chart with “Sun Goes Down” in June of 2021. Austin’s fan base of over 186K followers is called “KAmpfire.” 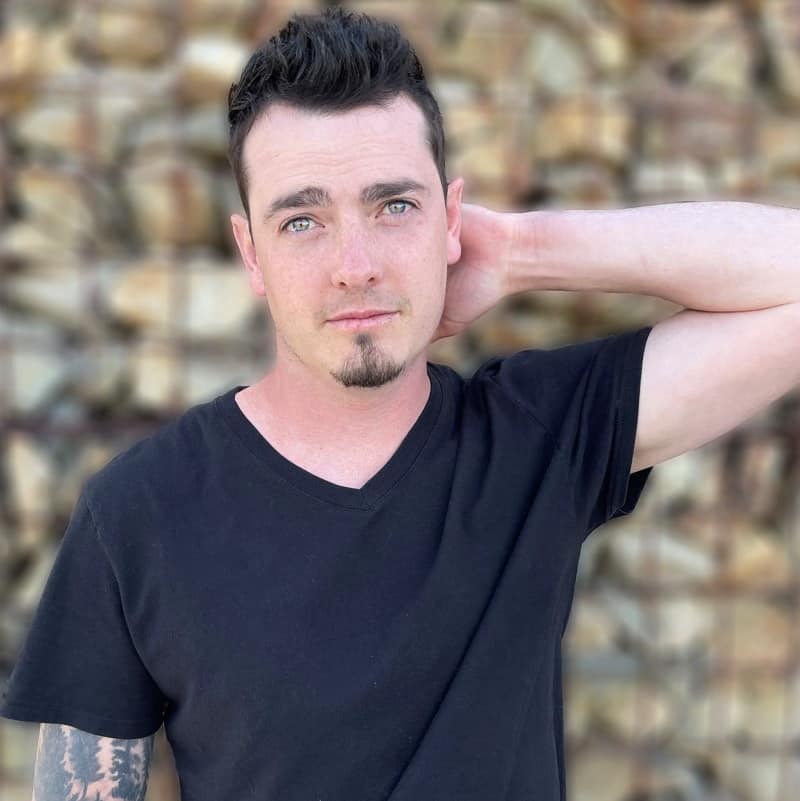 24-year-old Noah Schnacky was one of the very first musicians who saw success on TikTok in 2020. After documenting his relatable everyday life and music journey on social media, he gained a loyal fan base of over 6.8 million followers just on TikTok alone. It was his self-released track “Hello Beautiful” that garnered over one million streams in eight days and his hit “Maybe We Will” that caught the attention of Big Machine Label Group president and CEO Scott Borchetta. After scoring a record deal, Schnacky continued to produce premium content like “She Broke My Heart,” “Every Girl I Ever Loved,” and his self-titled EP. The country newcomer recently joined forces with Jimmie Allen on “Don’t You Wanna Know.”

Ryan Griffin might have recently gained traction on social media, but he has been chasing his music dream in the ten-year town since he was 17-years-old. While blending his love for R&B and country, he developed a unique sound that captured the attention of over 763K music-goers. Although he penned No.1 hit “Dibs” for Kelsea Ballerini, his first top-streaming introduction was “Would Leave Me Too” in 2017. He recently received praise for his summer-time anthem, “Salt, Lime & Tequila,” which reached No.3 on the iTunes Country Charts, No.6 in all genres, and earned him 1.4 million views in less than 24 hours on TikTok. Off the heels of his latest single, “Love Don’t,” the internet sensation announced that he will be heading to the desert to perform at Stagecoach in 2022.

The name “Spencer Crandall” most likely rings a bell because he is one of the most prominent TikTok musicians today, with 2.1 million followers. In 2020, Crandall broke into the industry with his 21-track collection, Wilderness – featuring his famous love song “My Person.” Fast forward to the present day, and Crandall is making waves in the country music space with his 2021 single, “Made.” The mid-tempo track scored No. 2 on the all-genre iTunes chart and encouraged him to embark on his North America tour.

Ohio native, Thomas Mac has always known he was destined for greatness. Therefore, he packed his bags in 2018 and went straight to Music City to chase his dream of becoming a country music star. Following the release of his debut record, About Last Night – the artist started to see rapid success, and his TikTok following began to increase. During the global pandemic, Mac stayed consistent, and his online community developed into 2 million loyal fans. His TikTok success only the beginning. 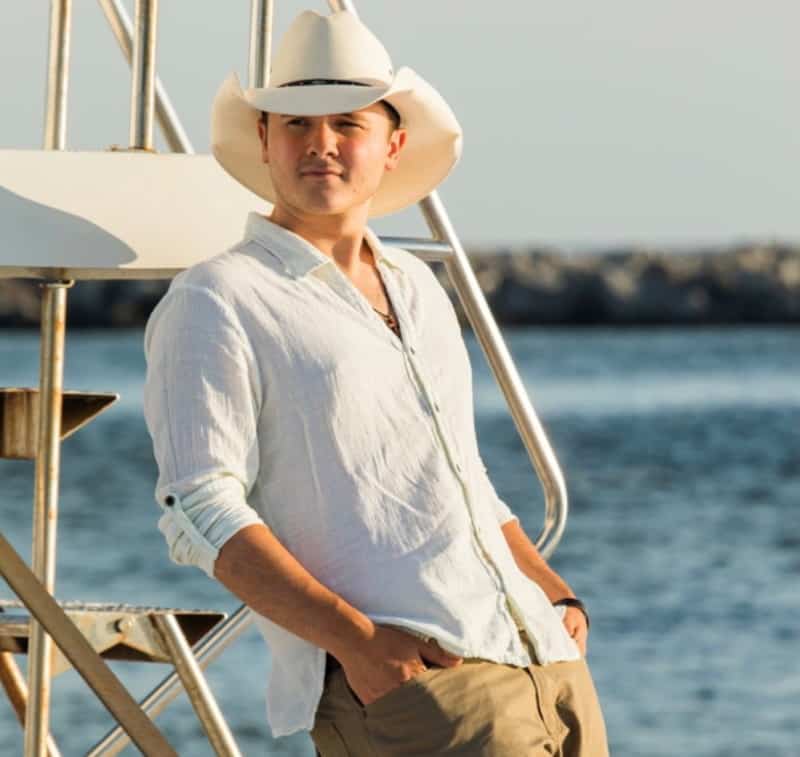 Are you ready to cast your vote for Favorite TikTok Artist? If so, head to countrynow.com/vote and pick your go-to collection you will play on repeat. Country Now readers have until November 30 to make their selection.