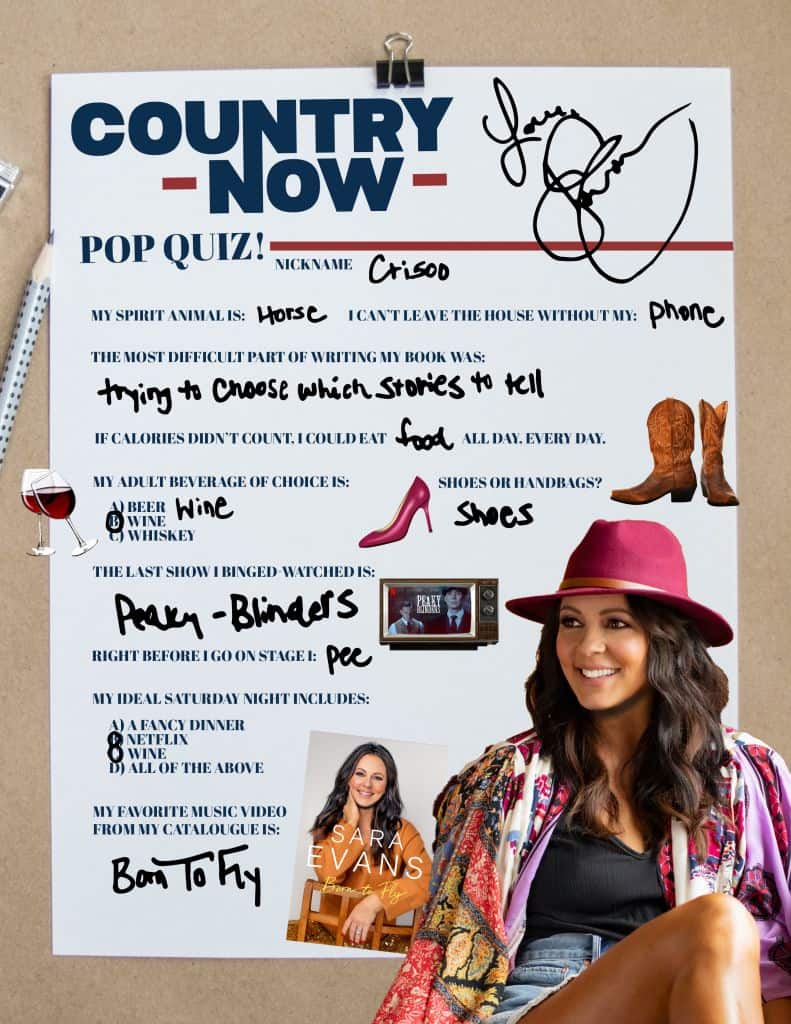 Country powerhouse Sara Evans is sharing her story with her just-released book, Born To Fly.

Out now, the memoir finds Evans sharing never-before-told stories about her life and career. Inside, the award-winning singer also opens up about living in the spotlight and what inspires her to keep going and what keeps her faith strong.

The book was released in September and was named after Evans’ landmark double-platinum album, which celebrated its 20th anniversary this year.

To coincide with the book’s release, Evans completed the Country Now Pop Quiz to let fans in on a few fun facts about herself, including her nickname, her spirit animal and more. Check it out above.