Eight-time Entertainer of the Year Kenny Chesney is officially returning to the road next year with his Here and Now 2022 stadium tour and he’s bringing Dan + Shay, Old Dominion and Carly Pearce along for the ride.

“When we realized we weren’t getting to spend 2020 with No Shoes Nation, I never thought it would be three years until I would see my most favorite people in the world,” Chesney shared. “My favorite place in the world is anywhere we all come together. They come strong. They get loud. They love the music. But most importantly, they live life – every second – for all its worth! They inspire me, and I want to get out there and get going, creating the greatest night of the summer every time we hit the stage.

“Putting this line-up together has been awesome,” Chesney continued. “We’ve got Dan + Shay, who continue to set records with their music and have been burning it up on their own headlining tour this year. We have an old favorite, who just keep getting better, Old Dominion – it’s almost like it wouldn’t be a stadium show without them! – and one of my newest friends in Carly Pearce, whose songwriting is so personal to her own life, yet so many people find themselves in her songs.”

The East Tennessee native spent countless hours trying to put the best show together possible, mixing and matching potential special guests until he found the lineup that would give his fans the best show possible.

“No matter who you are,” Chesney said, “someone who’s been coming since the very beginning or is curious what the fuss is all about, I wanted to give No Shoes Nation the best lineup of music that’s gonna give them the kind of celebratory night we all deserve after waiting so long.”

Here and Now 2022 is set to kick off on April 23 at Tampa, Florida’s Raymond James Stadium. Chesney will play 21 stadiums throughout the summer, wrapping up with back-to-back nights at New England’s Gillette Stadium in Foxborough, Mass. on August 26 and 27.

All current ticketholders remain in their original seats at each stadium.

Tickets to the newly announced Charlotte show go on sale to the general public on Friday, Nov. 12 at 10 a.m. local time, with on sale details for Columbus TBA. 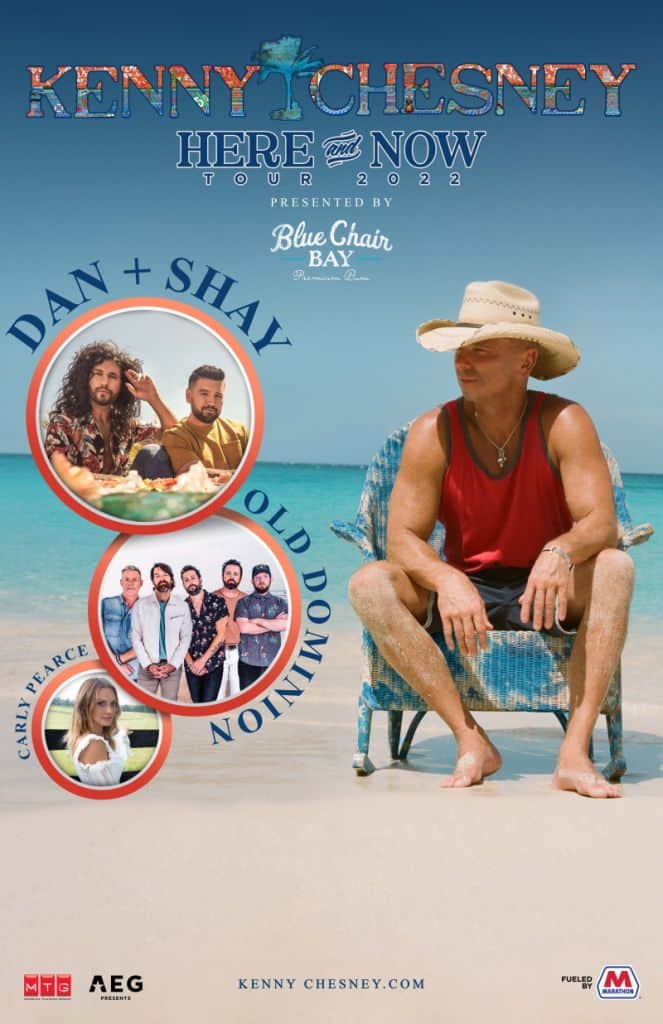