Kane Brown and his wife Katelyn have escaped Music City for a warmer destination ahead of the upcoming holidays.

The beloved couple is vacationing somewhere tropical this weekend, according to Instagram. Katelyn dubbed their trip a “baecation” as they are celebrating their second wedding anniversary two months late.

“Finally celebrating our anniversary,” Katelyn wrote to her 1.2 million followers, along with an adorable snap of her and Kane.

Later, she took to Instagram stories with a look at their vacation destination, sharing a short video of what appears to be a tropical location full of palm trees and swimming pools. 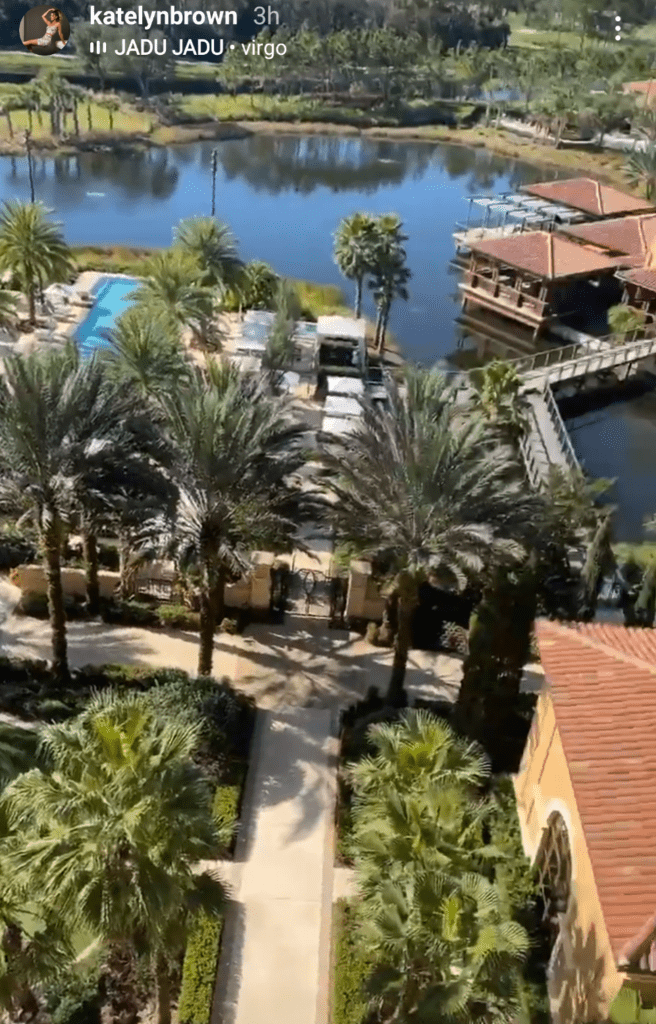 Kane and Katelyn celebrated their anniversary on October 12. A few weeks later, their daughter, Kingsley Rose turned one and they commemorated the occasion with friends and family with a swanky birthday party, complete with puppies and cake.

Brown recently performed during the Dallas Cowboys vs vs. Washington NFL matchup on Thanksgiving Day. His electrifying performance had fans petitioning him to perform at the Super Bowl.