Kane Brown just revealed his updated tour schedule after having to postpone the remainder of his Worldwide Beautiful Tour due to the coronavirus pandemic.

The superstar‘s first-ever international headlining tour will resume March 13, 2021 in Lubbock, Texas. The trek will make stops around the U.S. and Canada through May 1 when it wraps with a show in Lafayette, Louisana. 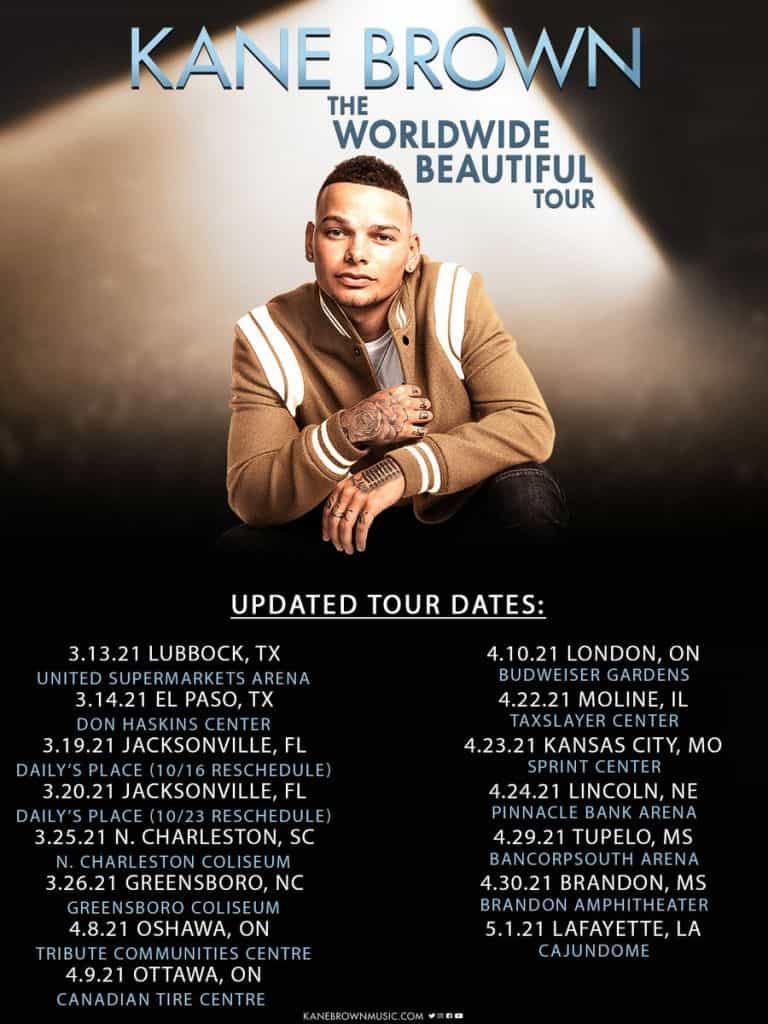 “Can’t wait to see you all again,” Brown wrote on social media when sharing the new tour dates.

The North American leg of Brown’s Worldwide Beautiful Tour kicked off in early March with a sold-out show in Atlantic City, New Jersey. The tour is without a doubt Brown’s best live show to date and showcases his growth as a live performer.

The headlining run is named after Brown’s unifying song, “Worldwide Beautiful,” which he released in early June in the wake of the social unrest following the death of George Floyd. The song is now at country radio and tied with Luke Combs’ “Lovin’ On You” as the most-added song at country radio this week.