By the time Lee Brice’s Hey World album dropped on Friday (Nov. 20), the track list already included two No. 1 country radio hits. Those are “One of Them Girls,” the uptempo and flirty lead single from the project, and “I Hope You’re Happy Now,” Brice’s duet with Carly Pearce, which Pearce released last year as a single off her self-titled second album.

So when he was selecting his next single off Hey World to send to radio, Brice knew that no matter which one he chose, the songs would have big shoes to fill. That’s why he selected “Memory I Don’t Mess With” — a poignant, pain-soaked heartache ballad — because he’d had faith in the song ever since he wrote it.

“Even while all I had for a year was the chorus written — I had no verses — I kept going back to it and knew that it was extremely special,” Brice tells Country Now, adding that the final decision to send the song to radio came after his label made a point that stuck with him.

“They were like, ‘Let’s get back to the most quintessential Lee Brice song that there is. And that is this song,” the singer remembers. “I can even tell you that personally, this is my favorite song on the record. If I had to write one…type of song for the rest of my life, it would be this kind of song, because that’s who I am. That’s the roots of who I am.”

For any artist, it can be difficult to boil down the essence of what makes a song their quintessential type of song. Even more so in this scenario, because the 15-song track list of Hey World is so diverse. Brice had both ballads and bangers to choose from; he had R&B-inflected soul stuff, poppier tracks and solid country gold. The album presented a lot of options for his next single, many of them leading in different stylistic directions and all of them tempting.

Brice gave serious thought to going in a more up-tempo direction, he admits. “I was looking at, ‘Hey, we need to get to the country music listeners. [Maybe the next single should be] ‘More Beer,’ a show-opener, whatever. Country radio hasn’t really had a bunch of real rockin’ Lee Brice kind of stuff.’”

There’s time for all of that. After all, Brice’s new album is brand-new, with plenty of momentum behind it and a little smattering of something for every listener on the track list.

Alongside country barn-burners like “More Beer,” for example, is a block of three soul songs — “Do Not Disturb,” “Don’t Need No Reason” and “Soul” — that are straight out of the bluesy, old-school ‘60s. But elsewhere, tracks like “Attaboy” and “Good Ol’ Boys” take listeners back to the gleaming, earnest country songwriting of the ‘90s. Hey World is an omnivorous album that tips its hat to all kinds of different genres and styles, and Brice points out that that’s not a new phenomenon for him.

“If you listen to any of my records, they’re all kinda like that,” he notes. “I love country, I love rock ‘n’ roll, I love southern rock, I love rap, I love soul, I love gospel — and I don’t just love it, I write it.”

But that’s not to say he isn’t mindful of making a record cohesive; on the contrary, Brice says, that’s something he thinks about a lot. At a certain point in the album-making process for Hey World, he admits, he thought that “Soul” might wind up getting trimmed from the track list. At that time, the record as a whole was trending pretty heavily toward country.

“And then, as the record came together, even those country songs had this soul-pop element to them. And all of a sudden, ‘Soul’ re-belonged on the record,” the singer says. 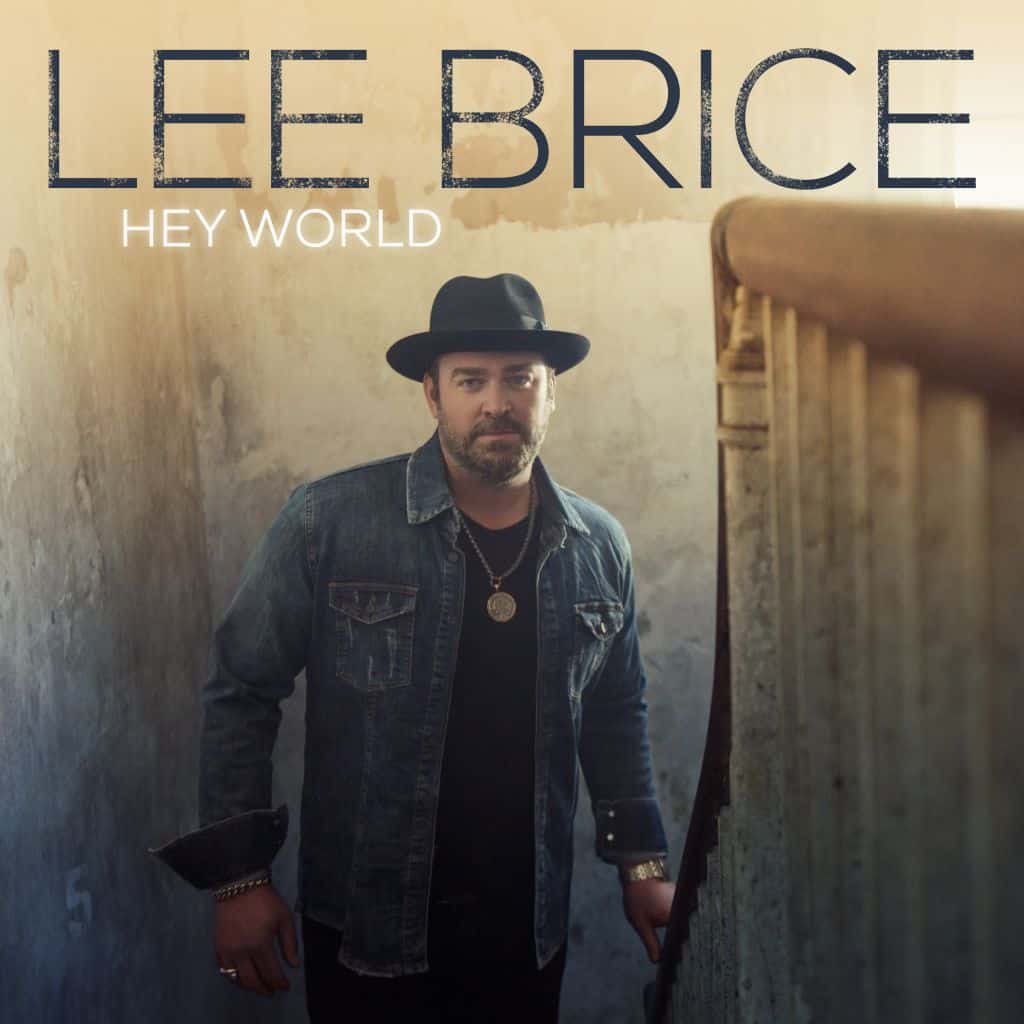 All credit where credit is due: Brice points to his co-producer Ben Glover as one of the major reasons why the album feels so cohesive. Due to the COVID-19 pandemic, the singer recorded the vocals for Hey World in a home studio he set up himself, and then he sent those recordings off to Glover.

“And I actually loved that part, I thought that was really cool,” Brice says of working on the record at home. “I may even continue that trend on my next records, and do my vocals by myself.”

The album’s subject matter, too, was informed by the current events of 2020 — though not as directly as you might think. Listening to the lyrics of Hey World’s tenth track, “Sons and Daughters,” it’s easy to assume the song was written this year: It’s a plea for kindness in a divided world, addressing the vitriol that some people spew on social media from behind the safety and anonymity of their screens.

But actually, Brice points out, “Sons and Daughters” is an older track.

“It was a couple years ago I wrote that song,” the singer notes, explaining that the idea for the lyrics were inspired by his experience as the parent of a middle-schooler, who is at an age where kids can be particularly cruel.

“And social media? At least back in the day [when I was a kid], if you were gonna bully me, you had to do it my face. Because then one day I could pop you in the mouth,” Brice continues. “But these days, with social media, if they take what these other kids are saying to heart, it matters. It breaks their heart, and it crushes them.”

The weight of that struggle that so many kids face wound up inspiring the song’s second verse, but the first verse is even more topical. It talks about the scrutiny and anger that police officers sometimes face as a group after individual officers are involved in an incident of violence or death that makes national news. The song was written before the late-May death of George Floyd at the hands of police officer Derek Chauvin; it was written before this year’s protests and before the nationwide calls to defund the police. But listeners could be forgiven for assuming that Brice wrote that song in response to the events of 2020.

“I started thinking, even back then….[about] the judgment of, say, the whole police force, because of some stupid mistakes of certain people. It really bothered me,” Brice confesses. “Because I know a lot of great people that are police officers, or fire fighters, and they put their lives on the line every single day. And so for people like that to get put in a bad light overall, that’s just a really bad judgment call.”

But Hey World, ultimately, isn’t an album about division. On the contrary, it’s an album about unity and healing. Nowhere is that more apparent than in the record’s title track, which is, in fact, a direct response to the tumult of 2020.

Before he announced his album, Brice released a solo version of “Hey World.” But when it came time to assemble the track list, he realized that the true version — the studio album version — of the song had to be a duet with Blessing Offor. Brice lucked into learning who Offor was by chance, after his manager played him a recording of the Voice alum and singer-songwriter’s music.

“I just heard a voice, and went, ‘That is the voice I want on this record,’” Brice remembers. “Fast forward a couple of weeks, I sent him the song. I get on the phone with him, and it’s like I’ve known him my whole life.”

“He’s such an amazing talent, and really, before that, he’s just an amazing, good dude. You know, he’s blind, and he sees life bigger and better than most of us do,” Brice explains, pointing out that the merging of their two different backgrounds and musical styles added an important element to the song.

“Coming from two completely different worlds, and singing the same song, in a time like this — it was really special,” he adds. “Still is, to this day.”