LOCASH, Travis Denning and Mitchell Tenpenny have been added to the Country Now Live series, airing exclusively on CTRL_MUSIC_ on the interactive live streaming service Twitch.

The news was announced on Wednesday evening (May 26) during the Country Now Live virtual concert with Dierks Bentley. 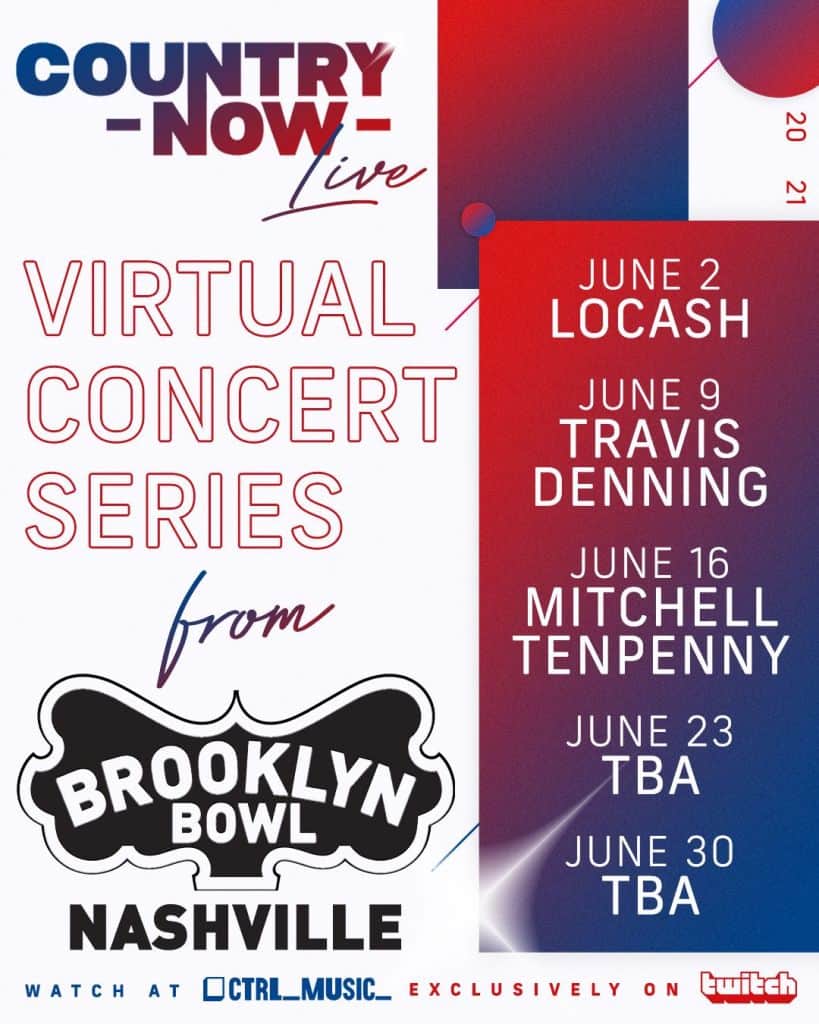 Each virtual concert will take place at Brooklyn Bowl Nashville, the newest Nashville venue, which has established itself as a standout concert venue and proven leader in utilizing state-of-the-art production capabilities along with delivering the ultimate livestreamed concert experience.

At this time, no live audiences will be allowed in venue (subject to change based on local conditions and protocols).

Fans can watch for free and engage with the artists by following CTRL_Music_ on Twitch.