Luke Bryan, Blake Shelton, Lady A and Carly Pearce are just a few of the country superstars featured on Shenandoah’s forthcoming new album, Every Road.

The award-winning group Shenandoah, led by frontman Marty Raybon and co-founding member Mike McGuire, haven’t released an album of all-new music since 1994. So, this star-studded new album will mark their first new album in nearly 27 years.

The first single from the new record is called “I’d Take Another One Of Those” and features GRAMMY-Award winning group, Zac Brown Band. You can listen to the new song below.

Shenandoah have a timeless catalog of hits including 13 No. 1 hits and charting 26 singles on Billboard Country Charts throughout their iconic 30+ year career.

Every Road is slated for release on November 13 via Foundry Records.

7. “Every Time I Look At You” (with Lady A)
Dallas Davidson, Charles Kelley, Hillary Scott, Dave Haywood
*Lady A appears courtesy of BMLG Records 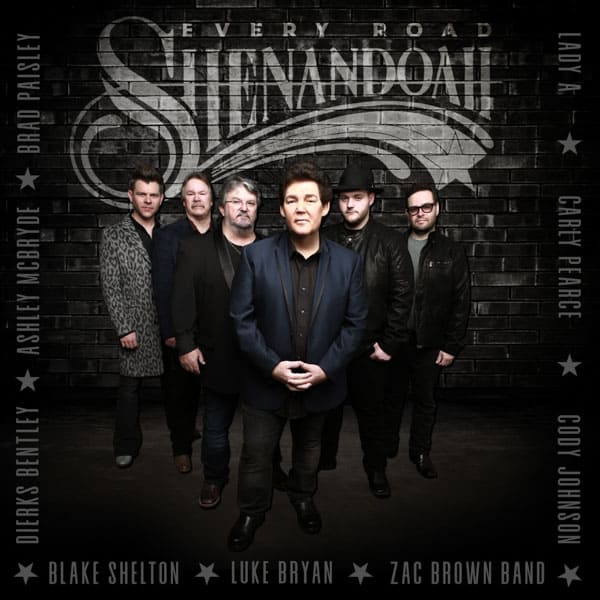 For real-time updates on the forthcoming new record, Every Road, visit shenandoahband.com.