Forget the champagne, Luke Bryan is ringing 2022 with “One Margarita.”

The country superstar and reigning ACM Entertainer Of The Year brought a double shot of beach vibes to his bar and restaurant, Luke Bryan’s 32 Bridge, on Lower Broadway in Nashville, Tennessee, on Friday (Dec. 31).

In front of a live audience, Bryan performed his chart-topping hit, “One Margarita,” which he blended flawlessly with a cover of Kenny Chesney‘s “When The Sun Goes Down,” the same mashup that he performed live on the road during his 2021 Proud To Be Right Here Tour.

It may be the middle of winter, but fans were certainly loving the summertime vibes of the country mashup.

In 2020, “One Margarita” became the superstar’s 25th No.1 single and is featured on Bryan’s latest album, BORN HERE LIVE HERE DIE HERE album.

2022 is already shaping up to a huge year for Bryan, who will kick off his much-anticipated Las Vegas residency, Luke Bryan Vegas, on February 11. 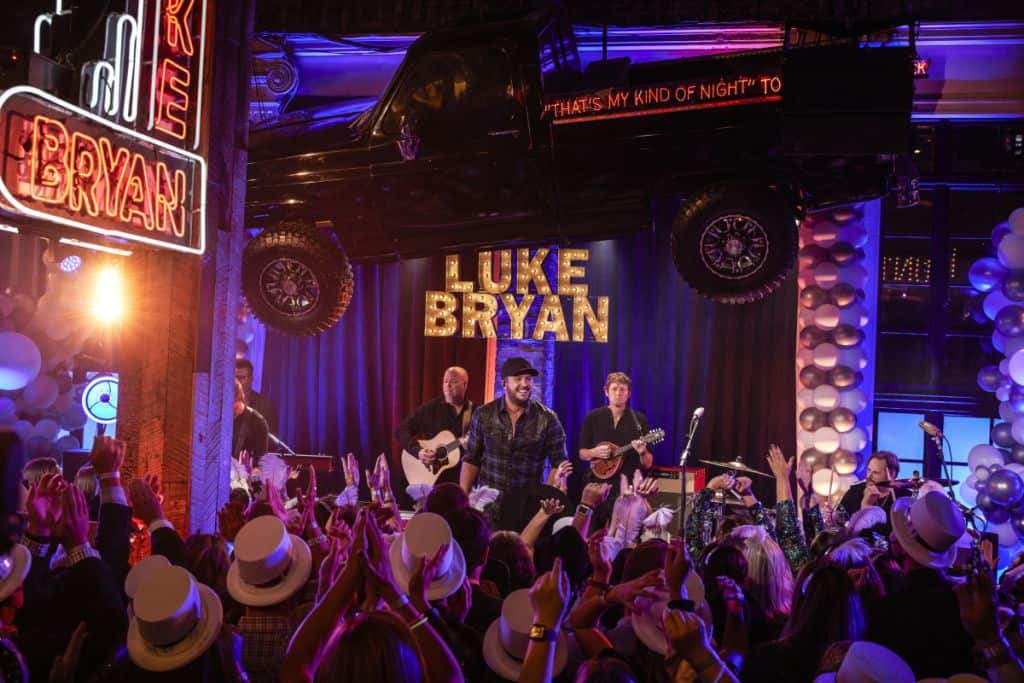 In January, he will head south of the border for his annual Crash My Playa event, held January 9-22 in Riveria Maya, Mexico. The sold-out event also features Jason Aldean and Dustin Lynch.

Sam Hunt, Elle King and Zac Brown Band were also set to perform during the concert event, however they will no longer be participating.

The five-hour celebration also included once-in-a-lifetime collaborations, performances of chart-topping hits and covers of some of the most iconic songs in country music.

The show was also available to stream live and on demand on Paramount+.