Stapleton’s son, Wayland and daughter, Ada joined him and wife, Morgane on the red carpet at the ACMs in Las Vegas.

The country superstar, who is a father to five children in all, is typically private when it comes to his family. However, his two oldest children joined him at the ACMs to celebrate one of them turning 13, according to Hello Magazine.

Stapleton also thanked his children and wife, Morgane when he took home the award for Male Artist of the Year.

“Thank you so much,” Stapleton said while accepting the award.

“I want to say thank you first of all to my wife Morgane Stapleton, she’s my rock. Everything I do is because of her,” Stapleton added before thanking his children.

A major win for @ChrisStapleton taking home ACM Male Artist of the Year at the #ACMawards! pic.twitter.com/XH7Pw78gvv

“Got my kids with me tonight. Wayland, he’s 13 today. It’s his birthday, happy birthday! “My daughter Ada. This is a dream. Every minute we get to live this. Everybody that is in these seats and all the fans are here—it’s a dream. It really is. And I’m evidence that you know, dreams come true all the time,” he continued.

“So, thank you to everybody and to all the guys in this category, this wonderful field of guys. Any one of them deserves this award, and that’s the truth. I’m so grateful to be part of this community. Thank you so much!” 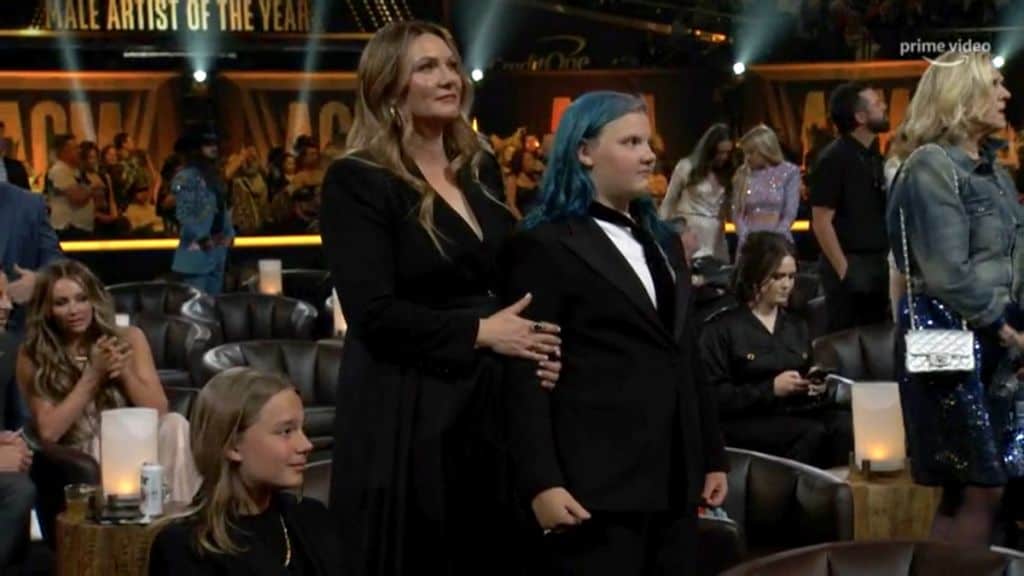 Along with his award for Male Artist of the Year, Stapleton performed his song, “Watch You Burn” in honor of the 60 people killed at the Route 91 Harvest Festival in Las Vegas back in 2017. Stapleton wrote the song following the tragic incident.

Chris Stapleton’s wife, Morgane joined him onstage during his performance.