On September 29, 2009, Miranda Lambert released Revolution, an album that would go on to change her career forever. Revolution…

On September 29, 2009, Miranda Lambert released Revolution, an album that would go on to change her career forever.

Revolution features 15 tracks, including 11 co-written by Lambert herself. The project helped send the Texas native’s career to new heights with hits such as her very first No.1, “White Liar,” the Grammy-winning “The House That Built Me” and the chart-topping hit, “Heart Like Mine.”

In 2010, Revolution won the title of Album of the Year at the Academy of Country Music Awards and the CMA Awards. It was also nominated for Best Country Album at the 53rd Grammy Awards. 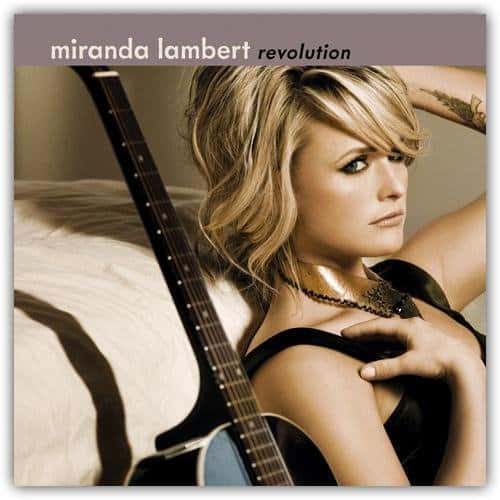 “Revolution has been just that in my life: a revolution,” Lambert said in 2010. “This past year since it came out, my life has changed tremendously. This project started with me on my couch at home holding my guitar. I knew it was really important that it be something special, so I poured everything I had into writing and singing with heart on every note and track.

“I wrote so personally it actually scared me that I was putting it on tape for all to hear,” she added. “But that is what it takes.”

Revolution is Lambert’s third studio album and marked the beginning of a massive change in Lambert’s carrer.

“When I think of Revolution, I think of an absolute change in everything—that record moved me into a different level career-wise,” Lambert told Kix Brooks earlier this year. “I had Kerosene and then Crazy Ex-Girlfriend and I kind of was getting pigeonholed at the time . . . you know, ‘fiery’ and ‘spitfire’ and ‘firebrand,’ all these words, and it was like, ‘Yeah, but I have ballads and things that mean something to me,’ and I just was kind of gettin’ pushed into a corner and Revolution changed all that, and I knew that it would. Revolution also was my first record with a hit on it, and that really opened the door for me to have a relationship with country radio because it had been a little rough there for [laughing] a couple of records. You know, I just didn’t have hits. At some point, I was like, ‘I need to either have one or something’s gotta shift,’ and thankfully, something shifted in a good way.”