The country hitmaker shared the exciting news with fans on Facebook on Thursday morning. He celebrated by getting back to his home state of North Carolina to root on the Carolina Hurricanes.

“Finished my final recording session for the new album in Nashville yesterday (wearing my Canes jersey of course),” he wrote. “Then, flew to Raleigh to be in the crowd with Gabi and friends to watch the game and see them win. Go Carolina Hurricanes!!” 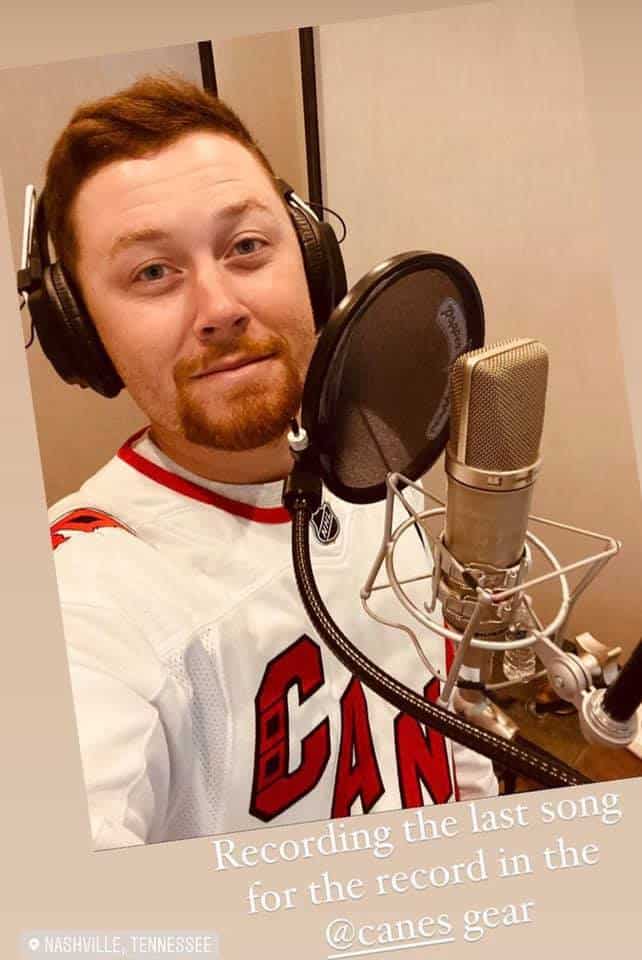 McCreery’s upcoming album will serve as the follow-up to 2018’s Seasons Change and will feature his current Top 25 and climbing hit, “You Time.” As the song continues to make its way up the charts, McCreery shared plans for his You Time Tour. The trek launches in June and includes more than 15 dates. McCreery will also join Old Dominion as direct support on select Live from the Ballpark Tour dates. Fans can visit his official website for all the details.

“This last year I was glad to get more ‘you time’ with my wife Gabi than ever before, as well as a lot of ‘you time’ with some of my favorite songwriters via zoom as we created new songs for the upcoming album,” he shares. “And now that we’re able to tour again, I cannot wait to get back on the road and have some ‘you time’ with fans this summer. This song’s message and timing really hit home for me and I hope we keep a few things like the intention of the time we spent with others this last year as we look ahead. I, for one, will never take going to a show or playing music live for fans for granted after this last year without it.”