Fans believe that Adele will make a surprise appearance at the 2021 CMA Awards to sing “Easy On Me” with Chris Stapleton.

As the anticipation for “Country Music’s Biggest Night” continues to build, social media users are convinced that Adele will perform with Stapleton.

While nothing has been confirmed by the Country Music Association, longtime CMA Awards Executive Producer Robert Deaton teased a “really cool” unannounced moment that he believes will blow viewers away. 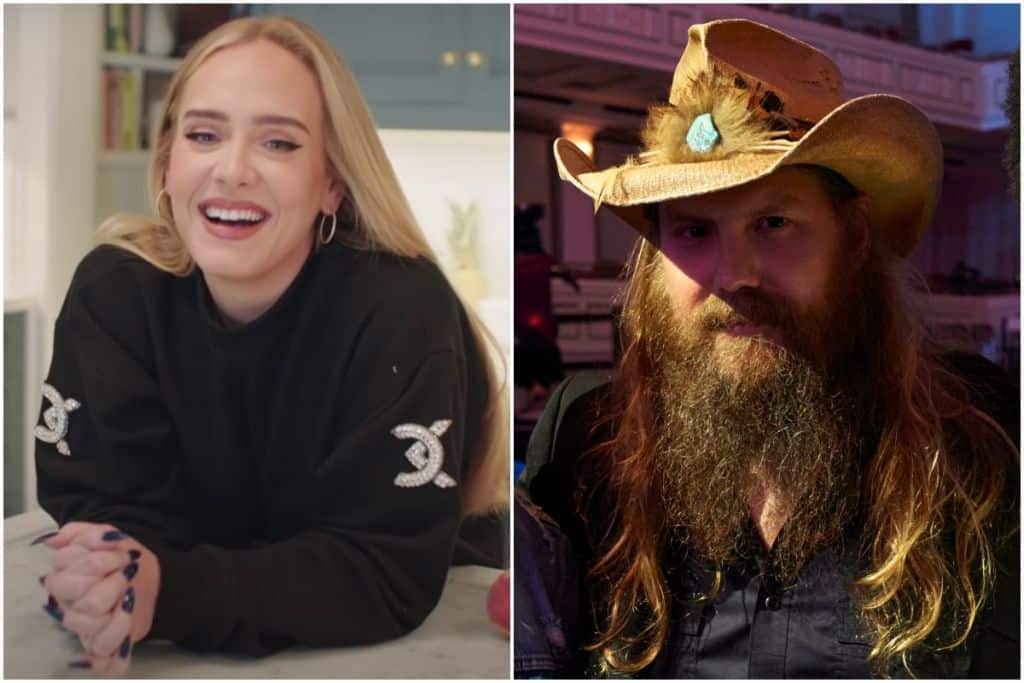 “I mean, I do have a surprise,” Deaton said with a laugh at CMA Awards rehearsals. “But if I told you what the surprise was, then it wouldn’t be a surprise anymore.”

Deaton refused to give any more details but went on to say, “There should be a surprise that hopefully everybody is talking about for years to come.”

Rumors have been swirling on Twitter for several days in anticipation of the coveted awards show.

“@Adele and @ChrisStapleton are rumored to perform their duet version of “Easy On Me” at the 55th CMA Awards on Wednesday, November 10,” a Music News and Rumors account on Twitter shared on Nov. 2.

The Twitter account also made a note that “this has not been confirmed quite yet, but rumors of their performance are swirling around the industry right now.”

.@Adele and @ChrisStapleton are rumored to perform their duet version of “Easy On Me” at the 55th CMA Awards on Wednesday, November 10.

Note: This has not been confirmed quite yet, but rumors of their performance are swirling around the industry right now. #CMAawards pic.twitter.com/7rftXzCBTO

Fans are comparing this possible surprise to Beyoncé’s special appearance at the 2016 CMA Awards when she joined The Chicks to perform “Daddy Lessons” during the 50th Annual CMA Awards.

It was recently announced that Adele and Stapleton have joined forces for a reimagined version of “Easy On Me,” which will come in the form of a duet on the deluxe version of Adele’s upcoming album, 30, dropping on Nov. 19.

The deluxe version of 30, which will be available exclusively at Target, will include the original 12 songs as well as three additional tracks.

This duet is a dream come true for fans, as well as Adele and Stapleton.

In a recent interview for Vogue’s “73 Questions” series, Adele spilled all the tea, revealing her dream duet partner to be Chris Stapleton. When the interview hit the internet, Stapleton was quick to respond on social media, possibly hinting that something was to come.

Stapleton, a current four-time CMA Awards nominee, previously made CMA Awards history when he was joined by Justin Timberlake for a performance of “Tennessee Whiskey” and Timberlake’s “Drink You Away” in 2015 at the 49th annual CMA Awards.

Hosted by Luke Bryan, the star-studded show is set to broadcast live from Nashville’s Bridgestone Arena on Wednesday, Nov. 10 beginning at 8/7c on ABC.