Get to know the "You Ain't Pretty" singer.

Less than two years ago, Nate Barnes was working in a nuclear power plant near his hometown of South Haven, Michigan. Now, he’s climbing up the country radio charts with his debut single, “You Ain’t Pretty.”

With his hometown in his rearview, the rising country star is quickly making a name for himself in Music City, where he recently signed a record deal with Quartz Hill Records. Armed with his uplifting single, which has raked in over 15 million TikTok streams and 530,000-plus streams on Spotify, 2021 is poised to be Barnes’ breakout year.

We recently caught up with Barnes to chat about his musical inspirations, his move to Music City, the success of “You Ain’t Pretty” and more.

Check out our exclusive Q&A below. 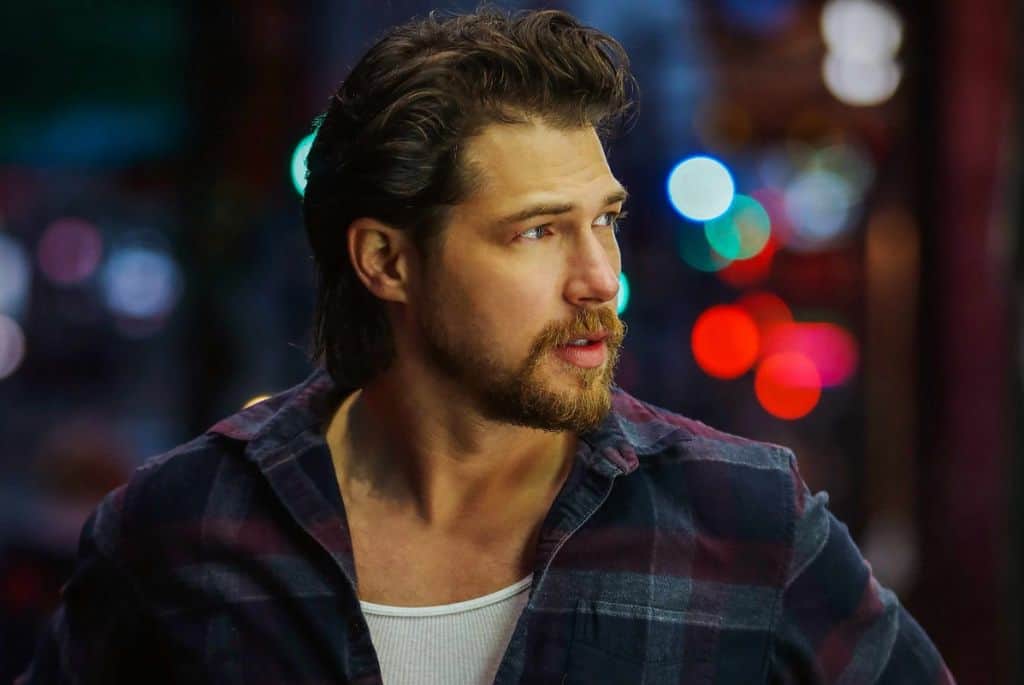 What is your earliest musical memory?

Singing with my grandma and my family around the piano when I was around five years old.

Who are some of your biggest musical influences?

When did you realize you wanted to pursue a career in country music?

Since I was a kid. I always dreamed of making music and touching people’s lives with songs

Ultimately, what made you decide to take a leap a faith and chase your dreams?

I was heading to Gatlinburg on a vacation and stopped in to Nashville to meet a buddy. Then, out of nowhere, [hit songwriter] Jason Sellers walked in the door. He and I just hit it off and I played him some songs. He wanted to introduce me to Benny Brown and then I met Benny and played him some of those songs and then he signed me to Quartz Hill Records on the spot! After that, I went back home, packed everything I could and moved me and my dog Nash into a hotel room in Nashville.

Can you share the story behind “You Ain’t Pretty?”

Jimmy Yeary, Jason Sellers and I co-wrote “You Ain’t Pretty.” It’s a song about building people up and encouraging the inner beauty in people to shine. Especially when it comes to women, there’s so much stuff in the media that tells you if you don’t look a certain way you’re not pretty or if you don’t have this or that you’re not good enough. We wanted to cut all that out and get down to the basics and talk about what’s most important, which is inner beauty.

I love the message behind the song. Have you received a lot of feedback about it?

I’ve gotten so many messages and comments from people that say the song really means a lot to them or has helped them. That means so much to me. That’s a big reason why I do this.

It’s getting major traction on TikTok. Do you ever go watch all of the videos people are making with the song?

Yes! I’ve watched so many of them and I think it’s really amazing how so many people are connecting to the song.

How did you end up having Jennifer Wayne in the music video?

I met Jennifer on a flight to Talladega with mutual friends. We were going to a NASCAR race and we became friends that day. When the opportunity came to do the video, she was the first person we thought of to play the lead. She’s such a sweetheart and such a great talent. I’m so glad she was a part of my first music video. We had a blast that day on set with Jennifer and the crew.

What was it like shooting your first music video?

It was pretty surreal and so much fun! It’s a lot different than working in a nuclear power plant for sure!

We’re putting out more songs over the next few months with an EP coming out this summer. I’m doing my best to stay focused for whatever my team needs me to do. I’m very excited and humbled to be a part of all of this.

Fans can keep up with Nate Barnes on Instagram.