ABC’s American Idol viewers have witnessed something truly spectacular throughout the milestone Season 20: the evolution of Kelsie Dolin.

When Dolin first auditioned, she was quiet, timid and unsure of herself. Thanks to some help from the judges, Katy Perry, Luke Bryan, and Lionel Richie, and some encouragement from fellow contestant, Betty Maxwell, Dolin came out of her shell by the Showstopper Round and truly transformed her on-stage persona.

This round found the show narrowing down the 59 remaining contestants to officially name the Top 24. This marked the first time the contestants had the opportunity to perform alongside a full and in front of a live audience.

Following their performances, the contestants appeared in front of the judges for the “final judgement” as they learned their fate regarding the Top 24.

For this round, Dolin, who is pregnant with her first child, chose to perform Lewis Capaldi’s “Before You Go.”

“I wanna make it to the Top 24 for myself, I kind of want to prove myself wrong,” Dolin admitted ahead of her performance. “I know I’m coming out of my shell. It’s scary but it’s good as well.”

The West Virginia native confidently displayed her vocals in front of her fellow contestants and judges.

“Thank you,” Dolin shared upon earning a standing ovation.

“I think she got what she came for,” Perry said, referencing Dolin’s newfound confidence.

“Her growth… Wow,” Bryan pointed out.

“Before American Idol, I didn’t talk to nobody, I shied to myself, because I had put it in my head that they were all judging me on the way I acted or the way that I looked. I cared too much about what people in the audience were thinking about me. I don’t give two craps now,” Dolin explained. 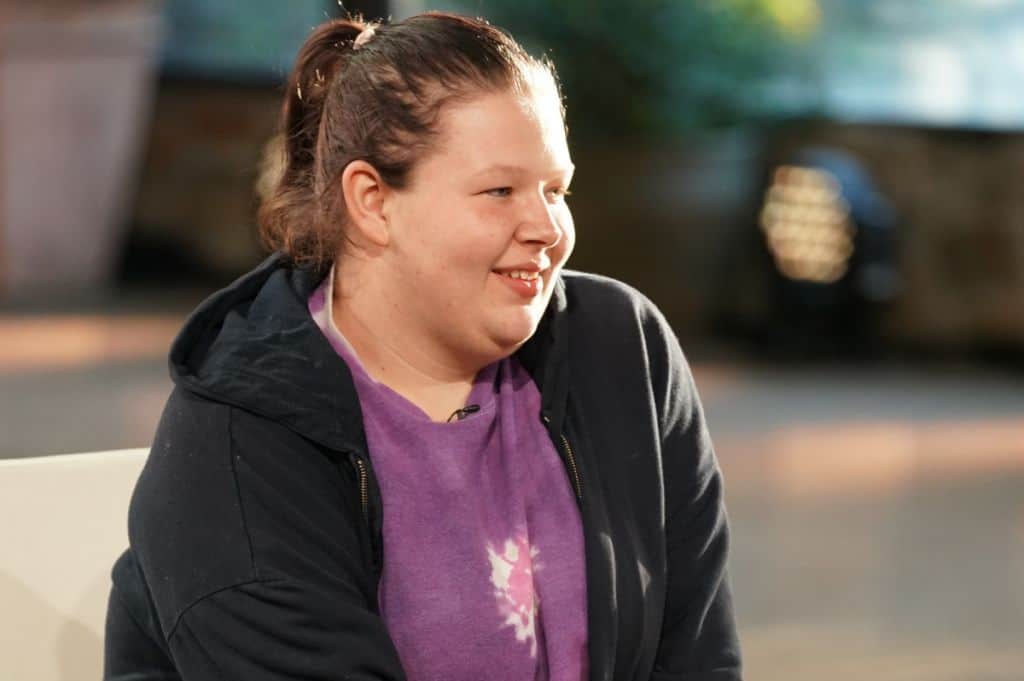 “Kelsie, you have been our angel in residence here,” Richie said. “The best thing that we saw was that light come on inside of you. This is the new you, so I want to hear from you what this experience has meant.”

“I feel like I have something that I didn’t have coming here,” Dolin explained before Bryan asked, “you get some more confidence?”

“Yeah, I feel a lot better about myself,” Dolin admitted.

“As far as we’re concerned, you’ve already won the competition,” Richie added. “Unfortunately, It’s not going to be the next round for you.”

“We love you sweetheart,” Richie gushed.

Before exiting the competition, Dolin explained how her American Idol journey was life-changing for her.

“I think my life before American Idol was very closed up and shy and beat herself down. I’m just grateful,” Dolin reflected. “I want people who don’t believe in themselves to know that if you don’t believe in yourself, just take a little step, it don’t have to be great big then you can do anything you want to.”

American Idol returns to ABC next week with the Top 24.