Luke Combs will no longer be performing at the 2022 CMT Music Awards.

On Wednesday, March 23, a spokesperson for CMT confirmed to Country Now that the country superstar and North Carolina native has COVID-19 and is currently quarantining and unable to make a scheduled taping for the awards show, which was set to take place on Thursday (Mar. 24).

“Unfortunately, Luke Combs won’t be with us tomorrow,” the statement read. “He is quarantined with COVID. He’s bummed to miss seeing everyone!”

Combs was scheduled to tape his CMT Music Awards performance in advance of the show alongside Kane Brown.

According to an email from 1iota, a company fulfilling tickets for the performance,  Old Dominion will be filling in for Combs.

“In Luke’s absence, Old Dominion will join Kane Brown for special musical performances for a TV taping,” the email to participants states. 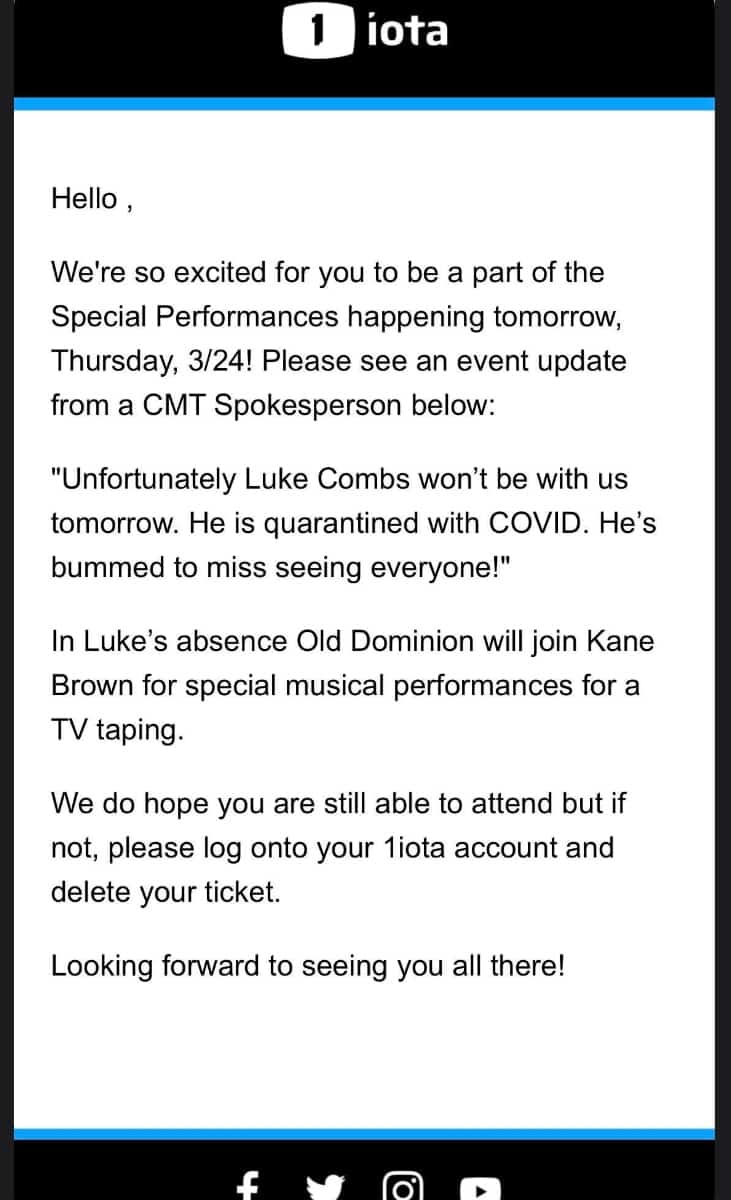 The “Doin’ This” singer and his wife, Nicole Combs, are expecting their first child together later this Spring.

Additionally, Combs recently shared an update on his third studio album, which is slated to be released later this year.

In early March, a fan randomly tweeted Combs, asking him “How are those final touches on LC3 coming along, @lukecombs?” The country superstar couldn’t help but to reply and keep fans on the edge of the seats as they await the release of his highly-anticipated new project.

“We’re right at the finish line on em,” Combs said, before adding, “I’m real proud of these tunes. Can’t wait for y’all to hear em.”

We’re right at the finish line on em. I’m real proud of these tunes. Can’t wait for y’all to hear em. https://t.co/5w9rFMmIiC

A release date for the project has yet to be announced.