Brittany Aldean took to Instagram on Monday afternoon (April 12) to debunk the rumor that she is joining what fans believe to be Real Housewives of Nashville.

“I’ve read a lot of things about myself over all these years. One being that I am a conspiracy theorist. Another being that me and Jason have marital issues and now, apparently, I’m on the ‘Real Housewives of Nashville,'” she said.

“You’re on the ‘Real Housewives of Nashville?’ Since When?,” Jason joked.

“Apparently, it’s new. It was apparently filming going on that I am unaware of. Fake news strikes again,” she quipped. 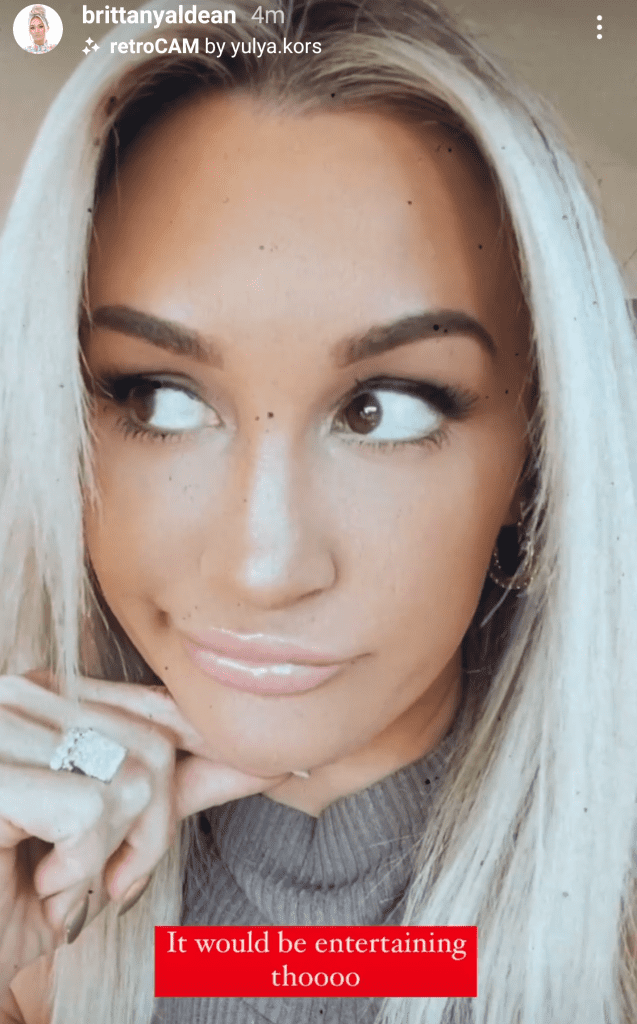 Brittany followed those stories with one more joking, “It would be entertaining thoooo.”

Fans were speculating that Brittany and a group of other Nashville wives, including Jana Kramer, Jenna Perdue, Kasi Wicks, Alexis Allen and Sabina Rich were involved with a new reality show. Many are speculating that it is in fact Real Housewives of Nashville, however, nothing has been confirmed.

According to their Instagram stories Kramer, Perdue, Wicks, Allen, and Rich are in fact shooting something together, however, Brittany is not involved in whatever it may be.