Music City is abuzz with speculation that Real Housewives of Nashville is in the works and fans think that Brittany Aldean, Jana Kramer, Jenna Perdue, Kasi Wicks, Alexis Allen and Sabina Rich are involved.

Recent social media posts have led fans to believe that production for the show is currently underway. Speculation began after Kramer teased she was filming something. The comment section on her Instagram post was flooded with comments about reality TV and the housewives series, however, she did not confirm or deny anything.

Earlier this year, Kramer revealed that she once auditioned for The Real Housewives of Beverly Hills.

Meanwhile, Jenna Perdue, wife of Dee Jay Silver, and Kasi Wicks, wife of Chuck Wicks, and sister of Jason Aldean, shared an Instagram story that read “Let the Adventure Begin” and it was reportedly reposted by several of the other women involved in the series.

On Sunday (April 11), Perdue and Wicks took to Instagram to share a few looks and glam and teased that they were filming something via stories. 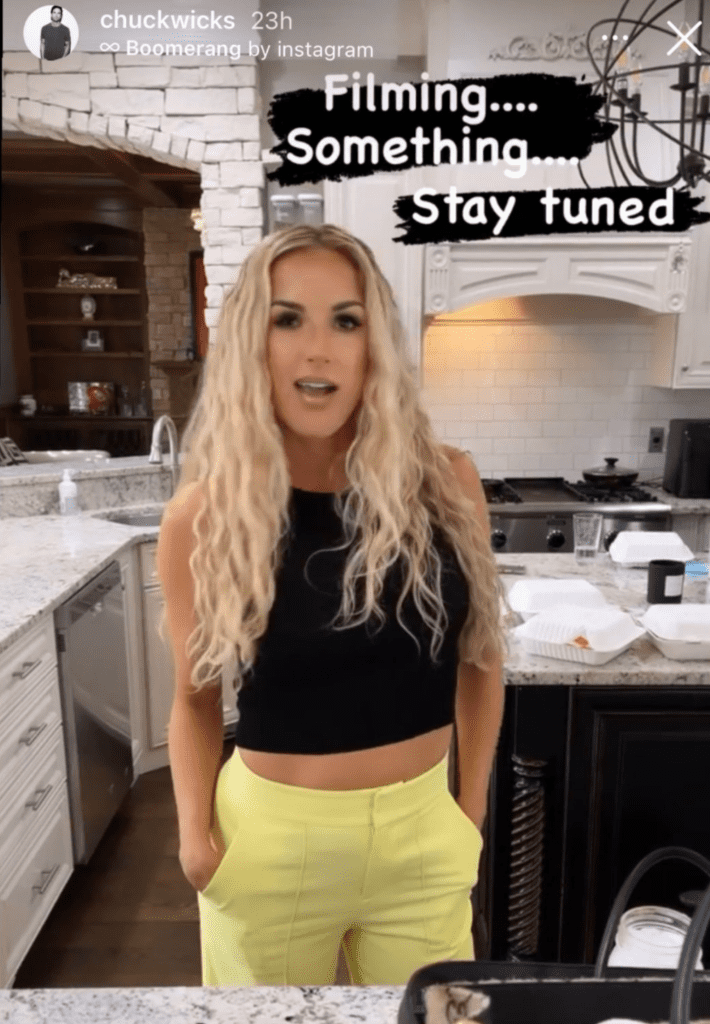 Later in the day, Alexis Allen, wife of Jimmie Allen, and Sabina Rich, actress and wife of Tyler Rich, joined Perdue, Wicks and Kramer at a “Sip & See” party celebrating Tucker Wicks, the son of Kasi and Chuck.

In videos shared to Chuck Wicks’ Instagram stories, a camera crew can be seen in the background as guests mingle around the pool and enjoy charcuterie and beverages.

They also shared a video together from the party and teased that they were up to something.

“Guess what we’re doin’,” Chucks says and then goes on to say, “this is the biggest co-write in the world.”

They go on to chant “Daddy’s home” over and over again, which could be a nod to Andy Cohen, who serves as Executive Producer to the Real Housewives franchise.

These posts have sparked conversation on Twitter and users are using #RHON to discuss the possibility of the show.

So is Real Housewives of Nashville a real thing that is happening? And is there room for a househusband named me? #RHON
🤔 🏡

Brittany Aldean was not featured in any of their posts on Sunday, however, according to social media, fans are convinced she filmed her portions earlier this month, perhaps at the Aldeans’ Easter event.

An Instagram account dubbed “housewivesofnashville” was created recently and appears to showcase each of the potential cast members photos and videos.

If Real Housewives of Nashville becomes a reality, it won’t be the first TV show focused on the wives of prominent Nashville public figures. In 2014, TNT launched Private Lives of Nashville Wives, featuring Betty Malo, wife of Raul Malo, lead singer of The Mavericks, and Sarah Davidson, former wife of songwriter Dallas Davidson. The show only aired for one season.

Brittany Aldean took to Instagram on Monday afternoon (April 12) to debunk the rumor that she is joining what fans believe to be Real Housewives of Nashville. More HERE.