“These are the best songs I’ve ever written, and the best songs I’ve ever recorded,” says Chase Rice of his seven-song project, The Album Part I, which he dropped as a surprise release on Friday (Jan. 24.) “It’s been a long process, but I finally figured out who I am and what I wanna say and how I wanna say it. So people are finally gonna see that.”

It isn’t as if Rice hasn’t seen success with the music he’s made to date. As far back as 2012, he proved his songwriting chops as a co-writer on Florida Georgia Line’s massive hit, “Cruise.” As an artist, he’s been on the rise over the past year, notching his first No. 1 hit at country radio with “Eyes on You” in the spring of 2019.

He has also lived many lives: A former college football linebacker for the University of North Carolina, Rice also enjoyed a successful career as a NASCAR pit crew member, and even did a stint as a cast member on reality television show Survivor in 2010. The problem with being a multi-faceted entertainer? At a certain point, Rice realized, he had to throw his entire weight behind his country music career in order to become the best artist and songwriter he could be.

With time and hard work, Rice started seeing the payoff in his music. The aspects of songwriting he’d always been naturally good at, he began to hone in on with more skill and intention. Earlier songs like “Jack Daniels & Jesus” and “Carolina Can” proved Rice’s innate love of imagery-rich, potent songwriting, for example, but this time around, he dug his heels deeper than ever into that vivid storytelling style. 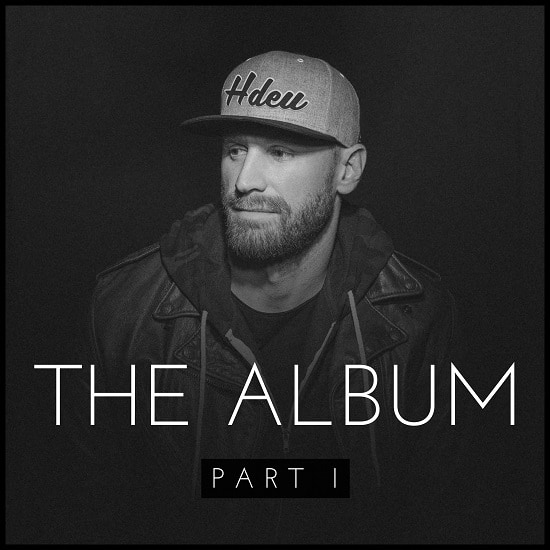 “One thing I really hate about songwriting is cheap songwriting,” the singer argues. “And I’m guilty of it sometimes, since day one. We all are. But I just hate saying a line and then adding another line, just because it’s there. I always wanna find a cooler way of saying something that maybe somebody else hasn’t said yet. Or say it in a different way.”

For example, on “Everywhere” — the third track on The Album Part I — Rice reached for the most creative and specific lyrics he could find, in every single line of the song. “The day we were writing it, I was even getting some pushback on it, like, maybe somebody wouldn’t connect to this because it was too personal,” he recalls. “And I was like, ‘That’s the exact opposite of how I wanna write a song.’

“I want it to be the most personal it can possibly be, without throwing the person that I’m singing about under the bus,” he laughs. The song’s lyrics tell a very real story about a breakup Rice went through, and how afterwards, he saw reminders of the relationship at every turn.

“I mean, me and this girl, we went to Red Sox games. I took her to her first Red Sox game ever. And now, when I watch the Red Sox play, I’m like, ‘God dang, I can’t watch my favorite damn team without seeing her,” he adds. “A [Nissan] Murano is a car I never gave a s–t about before, and now I know she drove that, so when I see one I think of her.”

A lot of country songwriters aim for relatability in their music, and for good reason — after all, the country genre is based around relatable storytelling and connecting with listeners — but Rice knew that in order for the song to capture a poignant, emotional memory, it had to be specific.

“So I wanted to make it real personal. I would have cheapened up the song, and honestly, probably made it a pretty s–tty song, if I just tried to make it mainstream as opposed to making it real,” he explains.

Of course, the downside to all the artistic and personal growth that led Rice to his new batch of songs is that it’s been quite a while since he last shared new songs with fans. “I think it’ll be the last time in my career that I wait that long to put out new music,” he relates. “I’m gonna be putting out new music in different, smaller batches, kind of like this. So that’s why we’re calling it The Album Part I.”

Emphasis on the “Part 1.” Rice is hoping that this batch of songs is just the beginning, and he’s planning to head back into the studio this February or March to cut another few tracks. He’s not forcing a full-length album — instead, he’s focusing on smaller groups of songs that he can release more frequently.