The country singer took to social media on Monday (July 5) to ask fans to keep his four-week old son in their thoughts following an overnight stay in the hospital.

“It’s been a night…in the hospital,” Lane says in the Instagram story clip. “Poor guy.”

The story is captioned, “Spent the night in the hospital. If you pray, Dutty Buddy needs some prayers.”

In the video, Lauren Lane can be seen holding baby Dutton as Lane updates fans. 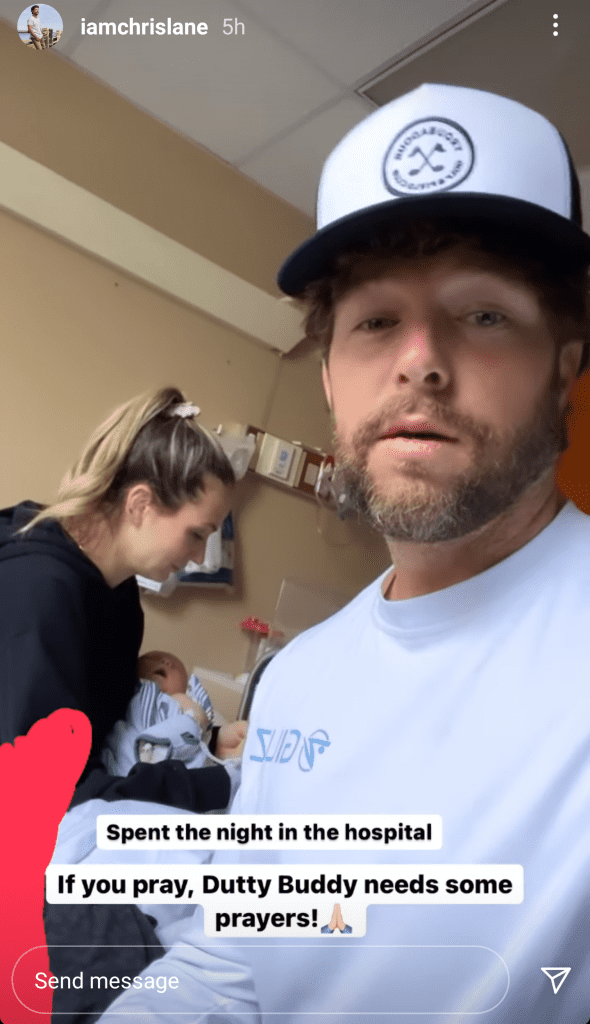 Following his birth, Lane released a new song inspired by his son. Out now, “Ain’t Even Met You Yet” was co-written by Lane with Michael Lotten and Jordan Walker.

“I’ve been waiting to meet Dutton for nine months now, and the easiest way for me personally to describe my feelings and emotions is to write about it! So naturally, I wrote a song,” he shared with PEOPLE. “It’s called ‘Ain’t Even Met You Yet’ and sums up how I’ve been feeling over the last few months. I can’t wait to share it with him one day.”

Lane documented the moment he first held his son on Instagram, writing, “Words can’t describe the love I feel inside my heart for this little man! Thanks for all the prayers

I will never understand how @laurenlane birthed a 9 pound baby!”

New mom Lauren, 31, also took to Instagram to introduce Dutton to the world.

“Your dad and I can’t get enough of all 9 pounds of you.” she wrote. “Now back to baby cuddles and praising Jesus over and over again for this little miracle!!

Lane returned to the road for the first time since Dutton’s birth this weekend. He played a show in Columbus, Ohio and documented his experience on Instagram.

“I’ll always remember my first show back! Thanks for the love and for showing up and singing with me,” he wrote. 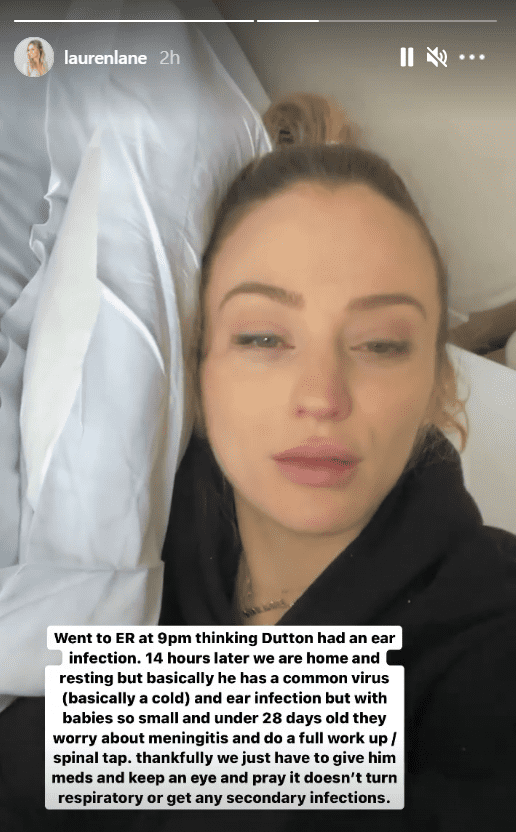 Lauren Lane let fans know that they took Dutton to the ER around 9pm on Saturday. They initially believed that he had an ear infection, however, the medical team diagnosed him with a common virus.