Pour yourself something strong and kick off your cowboy boots because Country Now is celebrating the devoted artists that have made an influential impact on Music City and throughout the country music genre in 2021 with the inaugural Country Now Awards.

For the first time ever, Country Now is recognizing signed and independent musicians that have scored high placement on the charts, released smash hits, held epic performances, and even the country newcomers who have placed their name on the map since January 1, 2021.

Music fans have the opportunity to participate in the 2021 Country Now Awards, as they now have the chance to scroll through all 14 categories and hand-pick their favorite artists, songs and albums.

Fans can start voicing their opinion with unlimited votes beginning on Monday, November 15 at 9 AM CT. The polls will close on Tuesday, November 30 at precisely 11:45 PM CT.

To support your favorite artist, head to countrynow.com/vote.

This award goes to an artist whose debut album was released between Jan.1 and Nov. 1, 2021.

Late October, country music newcomer Elvie Shane dropped his 15-song collection, Backslider. Shane had a hand in penning all 15 tracks on his debut record, which describes who he is as an artist and what it was like to grow up in a small town. Each ballad reveals a different chapter of his life. “It’s about more than just me,” shared Shane on his official website. “Whether you’re from the United States or the other side of the world, we’ve probably experienced the same things: Heartbreak, family trouble, love, the yearning for a better life. These songs are my personal stories written, so they rhyme…but I think they are stories that happen to each and every one of us.”

Country rising star Jameson Rodgers has left his heart and soul on the writing-table while penning his debut record, Bet You’re From a Small Town. After honing in on his craft in Music City for years, he finally released his long-time-coming 15-song collection. As the debut record showcases his impressive country twang and wide vocal range, it also displays his innovative songwriting. Jameson penned 14 of the 15 tracks on the well-rounded project.

Emerging country singer-songwriter Parker McCollum brings his fans on an emotional rollercoaster ride with his debut record, Gold Chain Cowboy. The dynamic artist understands the importance of blending tearjerker ballads with party-like anthems on an album, as it gives music-goers a variety of tracks to pair with their ever-changing emotions. Parker wrote all ten relatable songs on the project – including his platinum-selling hit, “Pretty Heart.”

“Here’s To Anyone” Laine Hardy

Back in September, Laine Hardy dropped his debut album, Here’s To Anyone. To create the magic, the newcomer rubbed elbows with the best in the industry to bring his idea to life – Michael Knox produced the project, as Jessi Alexander, John King, Steve Moakler, Busbee, Erik Dylan, Josh Thompson all had a hand in writing the 11 track collection. Hardy co-wrote “One of Those” and “Other LA.”

The impressive roundup of songs highlight his infectious sound and features his fan-favorite hits “Memorize You” and “Authentic.” The Season 17 winner of American Idol did an incredible job of intertwining classic rock elements that complement his traditional country sound.

Country music heartthrob Ryan Hurd officially released his debut record, and fans nationwide have been swooning over the love-centric collection. Pelago, which longtime collaborator Aaron Eshuis produced, hit streaming platforms on Oct. 15 and shared stories about growing up on the shoreline of Lake Michigan.  The 15-track project includes “Chasing You,” his chart-topping duet with his wife, Maren Morris. 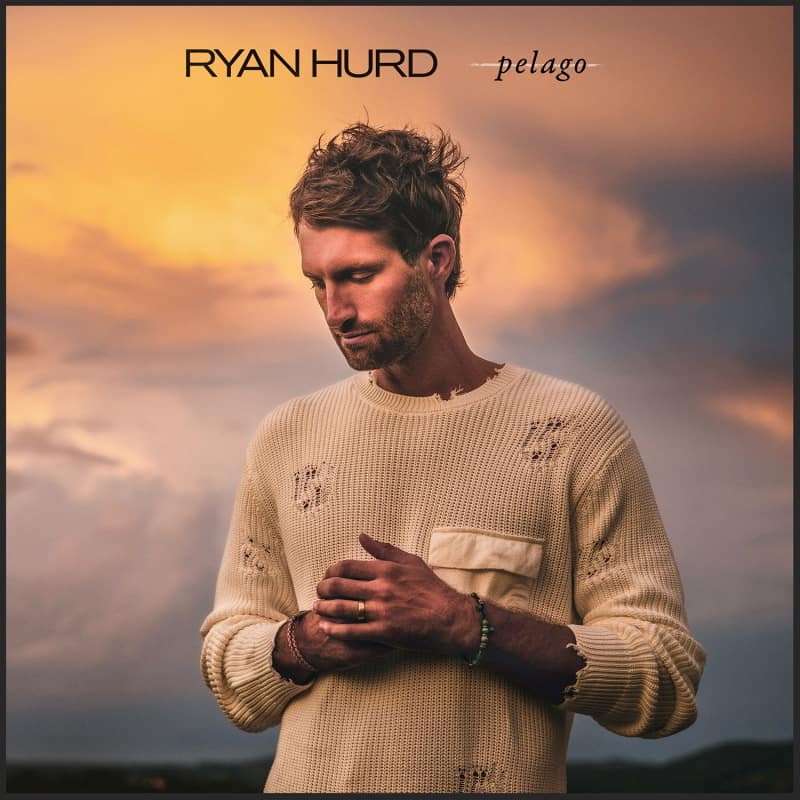 It’s no secret that Mickey Guyton is a trailblazer within country music, as she has been paving a path for all Black musicians trying to break into the industry. She has placed her name on the map for her honest, vulnerable, and educational songwriting. In May of 2020, Guyton released a short clip of her beautiful track, “Black Like Me,” on social media. Overnight, the clip went viral and gathered thousands of views. When it came to penning her debut record, Guyton did what she does best…leaned into her true authentic self and sparked conversation around hard-hitting topics. The dynamic project shares the ups and downs of Black womanhood and reflects her personal growth. “Literally every song had something to do with me finding myself and finding my voice, and this album is self-discovery, self-rediscovery,” she shared with NPR.

In February, BBR Music Group artist Lainey Wilson dropped her debut record, Sayin’ What I’m Thinkin’ – a well-rounded collection that showcases her deep southern roots, powerful vocals, and unique bell-bottom country sound. The 12-track project covers heartbreak, the hard-hitting lessons she has learned throughout life, and the beautiful moments that turned her into the artist she is today. To pen the project, she pulled from her country influences, her rich bluegrass background, and her father, who used to play artists like Glen Campbell, Hank Williams, Lynrd Skynrd, and Buck Owens on repeat growing up. Lainey’s authenticity is evident in each track that makes up the project.

There’s a new powerhouse vocalist in town and his name is Larry Fleet. Similar to Chris Stapleton, Fleet has a contagious sound that captures your attention right off the bat. The country newcomer recently shared his 14-track debut album, Stack of Records and it is a prime reflection of his country, Southern rock and soul influences. “There’s something for everybody on this record,” Fleet told Country Now. “It’s got some fast stuff and some country, honky tonkin’ stuff, it’s got some very singer/songwriter songs, so something for everybody.”

“Stronger Than I Am” Lily Rose

Lily Rose has always worn her heart on her sleeve and was not afraid to be her true authentic self. Her raw and contagious sound scored her a joint venture deal with Big Loud Records, Black Blocks Music, and Republic Records. The TikTok sensation turned Nashville’s most promising new artist, recently shared her introductory project, Stronger Than I Am. The album is a prime example of her strong storytelling capabilities and embodies the type of songstress she is. The collection served as a reminder not to be fearful when chasing after your dream. “I am so proud of all seven songs we have already released, with “Villain” being such an important chapter. So, moving onto the “Strong Than I Am” chapter, which that song itself is a title track for a reason…it is so special! It is one of the best country songs I have ever heard. I was not a writer on it, but I was humbled to be able to tell that story,” the singer shared with Country Now. 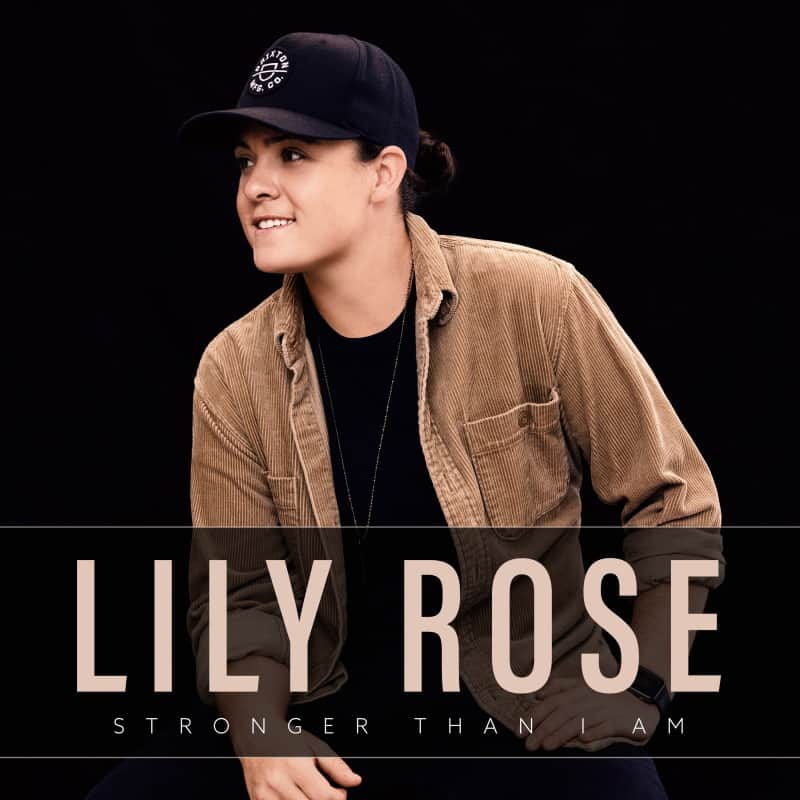 Country music rising star Ashland Craft broke into the industry in full force with her incredible debut record, Travelin’ Kind. The full-length album that includes 11 tracks gives fans a taste of who Craft is at her very core and the type of artist she hopes to become in the future. The well-developed collection walks the listener through her journey of leaving South Carolina to pursue her career in music in Nashville. However, that’s not it – Craft highlights what life is like touring, coping with heartbreak, and how her dream quickly became a reality. “I think it was important for me to start the story from the beginning until now. And so it was only appropriate to name it  Travelin’ Kind. In my head, that was an ideal title because that’s me right now. It’s what I’m doing and what I will be [doing] for a while,” the singer shared with American Songwriter. “I’m proud of the fact that it’s organic and a little more old school than the modern Country in the way we produced it. We didn’t use any tracks or extra things. We just let the music speak for itself. And, I feel like it turned out to represent me very well and who I am.”

Are you ready to cast your vote for Favorite Debut Album?  If so, head to countrynow.com/vote and pick your go-to new artist that you will play on repeat. Country Now readers have until November 30 to make their selection.