Following the release of her 12-song album Sayin’ What I’m Thinkin’ this past February, Louisiana native Lainey Wilson sat down… 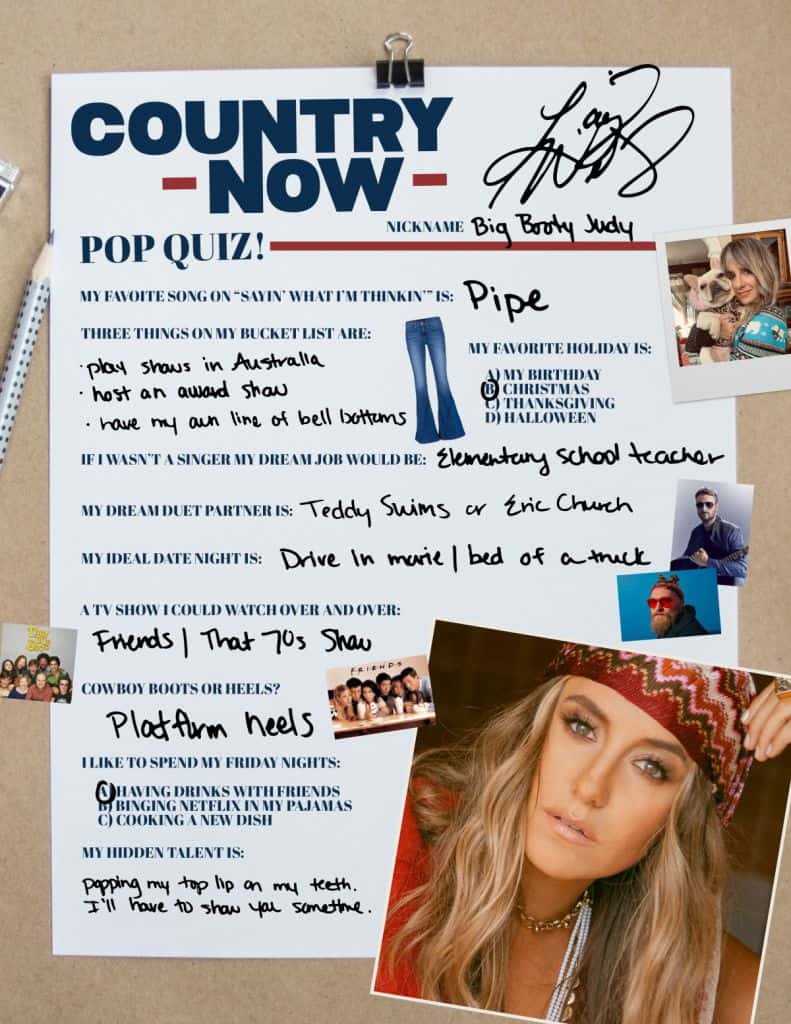 Following the release of her 12-song album Sayin’ What I’m Thinkin’ this past February, Louisiana native Lainey Wilson sat down to take the Country Now Pop Quiz where she shared some interesting facts about herself, including three things on her bucket list, her dream job if she wasn’t a singer, her hidden talent and more.

Sayin’ What I’m Thinkin’, produced by GRAMMY award-winning producer Jay Joyce, serves as Wilson’s debut album as a signed artist under BBR Music Group’s Broken Bow Records imprint. The project focuses on Wilson’s vulnerability and honesty and she hopes the project will empower others through her music.

When speaking about her debut album, she shares, “I feel strongly about saying what you think, saying what’s on your heart, but also thinking before you speak,” she says. “Sometimes it’s hard to be honest, but at the end of the day it ain’t doing anybody any good to not be. Every song we put on the record we basically asked, ‘Is this song saying what I’m thinking?’ If it’s not, it didn’t make the list.”

The Country Now Artist to Watch is preparing to hit the road with country superstar Jason Aldean on his Back in the Saddle Tour. Click HERE to see if they’re coming to a city near you.

Country Music Hall of Famer Randy Travis and Chris Young Surprise Restless Road at the Ryman Auditorium
You Can Stay In Reba’s Former Home for Just $3,188 a Night