The 2021 ACM New Female Artist Of The Year winner, and co-host of this year’s festivities, revealed all the details of her upcoming performances on the coveted awards show.

“I will get to perform twice, which is really fun. Doing an opening number with Jimmie Allen, he will be doing ‘Viva Las Vegas,’ and I will be doing Faith Hill’s ‘hey baby, let’s go to Vegas.’ [I’m] very excited about that I love anything Faith Hill. So I think that’s going to be a really cool mashup. Then, I will be doing a solo performance of ‘I Hope You Dance’ by Lee Ann Womack.”

Barrett will perform Womack’s “I Hope You Dance,” a reprise of her standout performance of the GRAMMY-winning track on Season 16 of American Idol in 2018.

Click HERE to see how Gabby Barrett will make history at the 2022 ACM Awards.

When asked about Allegiant Stadium, Barrett admits she was “blown away” by how “beautiful” and how big the venue hosting the event is.

“I don’t want to know the full amount of capacity that will be in here,” Barrett added with a laugh. “I’m very excited.”

Barrett, who will co-host alongside global icon Dolly Parton and 2021 ACM New Male Artist of the Year Jimmie Allen, also opened up about the chance to meet and co-host alongside Parton, admitting the thought of it is “insane.”

“I honestly don’t feel like my life has been real the past couple years, especially, even now,” she shared. “I haven’t met Dolly yet in person, and it’s crunch time, so I will get to meet her tomorrow, and we will be busy with rehearsals the next couple of days. I think it will go good!” 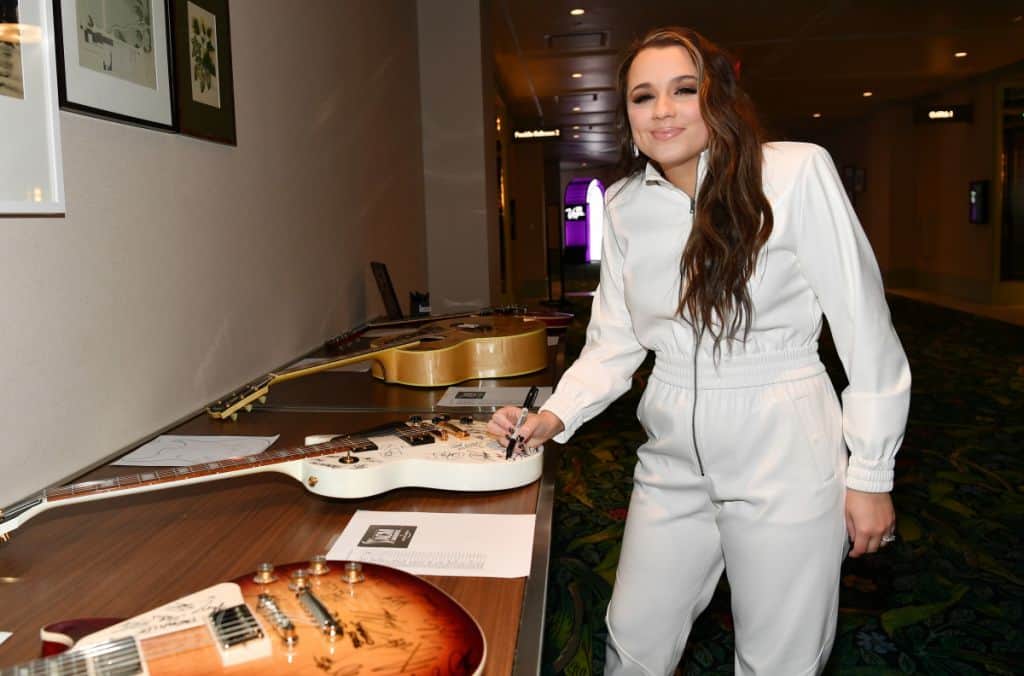 Co-hosted by global icon Dolly Parton with Jimmie Allen and Gabby Barrett, the two-hour show will air without commercials and will feature 20+ performances from some of country music’s hottest superstars and rising newcomers.

Click HERE for a step-by-step guide detailing how to watch the ACM Awards.

The ACM Awards will make history as this marks the first major awards show to livestream exclusively as it will stream live on Prime Video in the U.S., Canada, Australia, New Zealand, and the UK.

2022 ACM Awards: Everything You Need To Know
PHOTOS: Go Behind-the-Scenes of the ACM Awards with Jason Aldean, Luke Bryan and More