Maren Morris will not be performing at the 2021 CMT Music Awards.

The country superstar informed fans of the news via Instagram stories on Monday, June 7. The singer was scheduled to perform “Line By Line” alongside her friend and collaborator JP Saxe at the awards show.

“Due to a scheduling conflict, I will not be performing at the CMT Music Awards on Wednesday,” Morris said. “I know JP Saxe will slay it and I am so excited for his album to come out soon!” 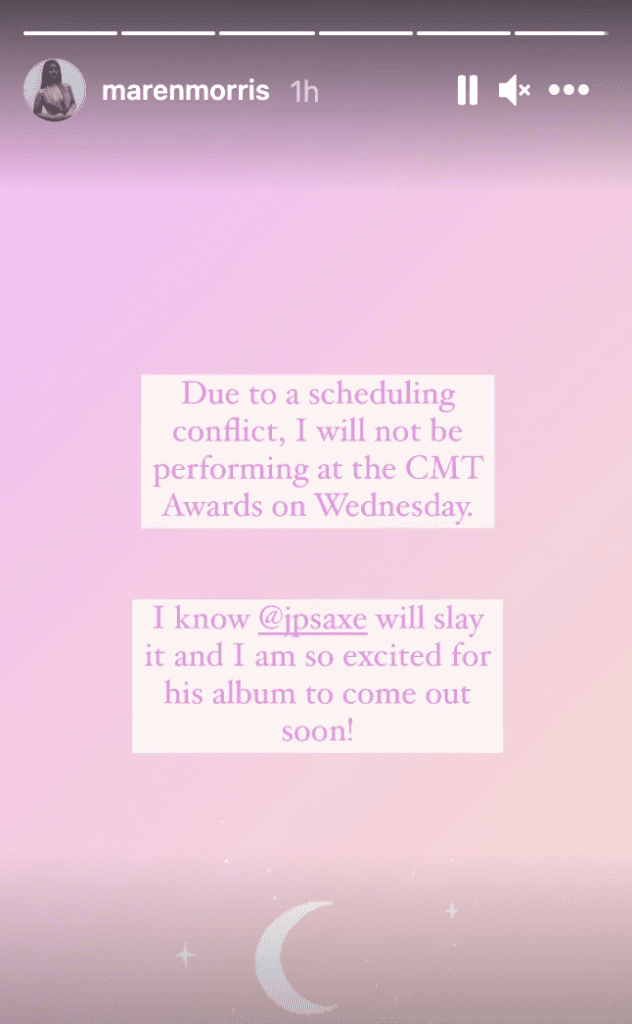 Morris put her stunning vocals on full display with no production, just her and her acoustic guitar, in a beautiful rustic log cabin during the 2020 CMT Music Awards, performing her fan-favorite hit, “To Hell & Back.”