Each FREE virtual concert will take place at Brooklyn Bowl Nashville, the newest Nashville venue, which has established itself as a standout concert venue and proven leader in utilizing state-of-the-art production capabilities along with delivering the ultimate livestreamed concert experience. 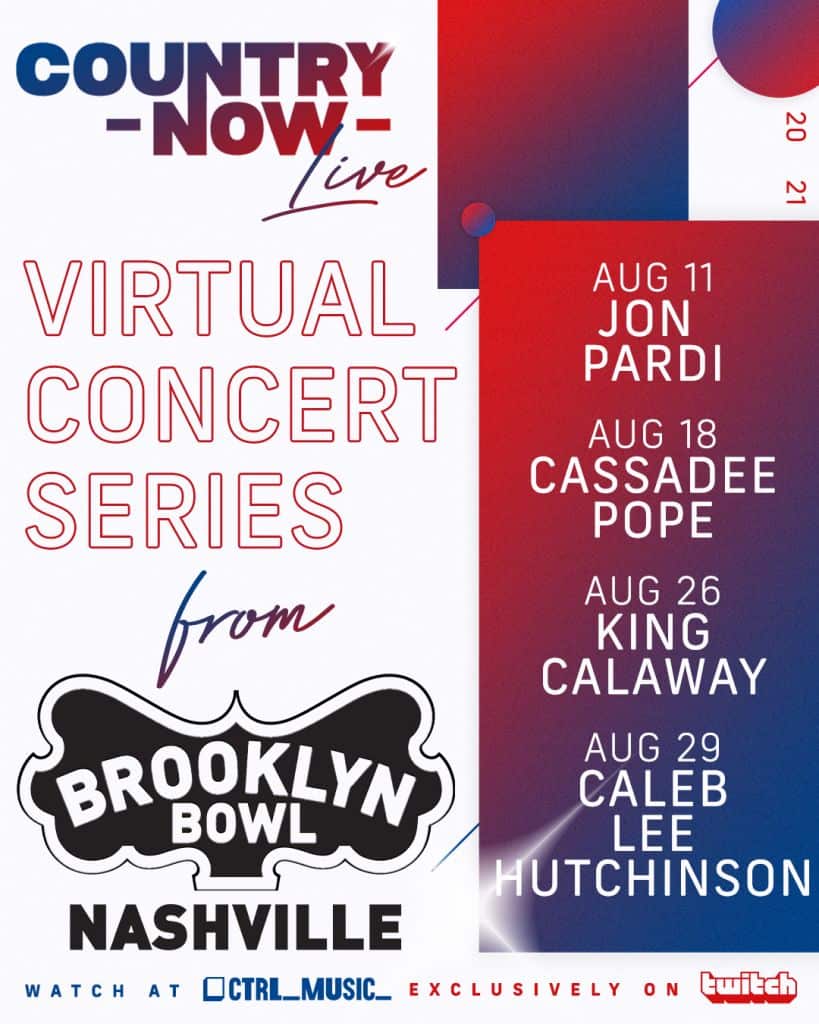 In-person tickets for select shows will be available to purchase for those who wish to attend the concerts in Nashville. Tickets for Jon Pardi are available HERE and Cassadee Pope HERE.

Luke Bryan Is Less Than Impressed With Blake Shelton, Jason Aldean’s Farming Skills — But it’s All in Good Fun
Remember When Brad Paisley Released His ‘Mud on the Tires’ Album?