Following her critically acclaimed EPs Getting Good and Getting Over Him, multi-platinum singer/songwriter Lauren Alaina is set to release her new album, Sitting Pretty on Top of the World.

Produced by Paul DiGiovanni, with exception of the track “Getting Good” which was produced by David Garcia, the Georgia native’s third full-length album with Mercury Nashville is set to drop on Friday, September 3.

The album is extremely personal for the singer as she shared, “It’s about a dreamer becoming an achiever. It’s being broken and ending up healed. It’s all of me. The early chapters. The new beginnings. The hope for the future and total appreciation for the past. Taking the Road Less Traveled and ending up Sitting Pretty on Top of the World.”

The project includes the two previously released duets “What Do You Think Of?” featuring Lukas Graham and “Getting Over Him” featuring Jon Pardi.

The iconic collaborations don’t stop there. The American Idol alum asked her friend/mentor Trisha Yearwood to join her for a remix of “Getting Good,” which will also appear on the album.

Sitting Pretty on Top of the World is available for preorder HERE. Those who preorder will receive an instant download of the album’s lead-off track “It Was Me,” which is available now for digital download HERE.

In addition to the buzz from Sitting Pretty on Top of the World, Alaina has a number of other projects in the works. The singer will be starring in both an episode of CBS Television’s Secret Celebrity Renovation and the Hallmark Channel movie Roadhouse Romance, with the latter premiering on September 11. That same month, she will be joining Florida Georgia Line on their “I Love My Country Tour.” As the year wraps up, Alaina will be releasing her book, Getting Good At Being You, on November 2. 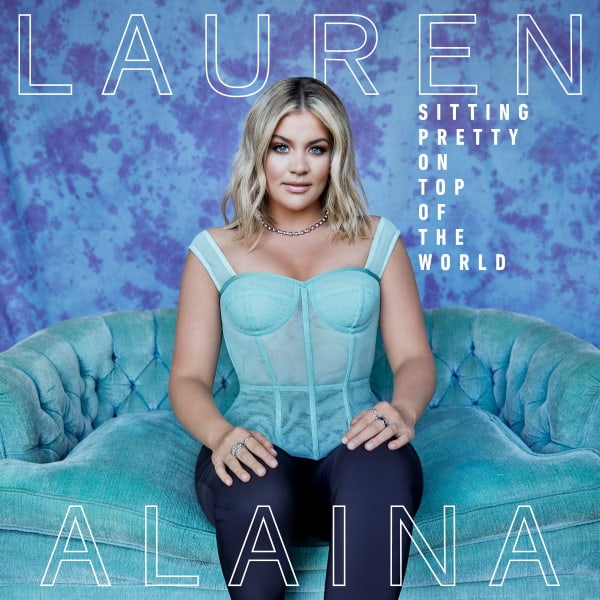 Sitting Pretty on Top of the World Track Listing: