After turning heads with “Trying Not To,” her duet with fellow country newcomer Roman Alexander, Alana Springsteen is back with “California.”

Out now, the song was co-written and co-produced by Springsteen, who also contributed acoustic guitar to the track. The song finds the rising star grappling over her feelings of a new, West Coast romance.

“Sometimes you get so beautifully lost in a moment that the lines around love get blurry,” Springsteen shares. “Is it the person? Is it the place? Or is it the way everything around you collides in the most beautiful way for a minute? When I was recording this song and shooting this video, I hoped it would take people back to whatever that moment was for them.”

The just-released “California” music video brings the song to life with footage of Springsteen driving down the coast of the Gold State and enjoying all that the sunny coast has to offer. 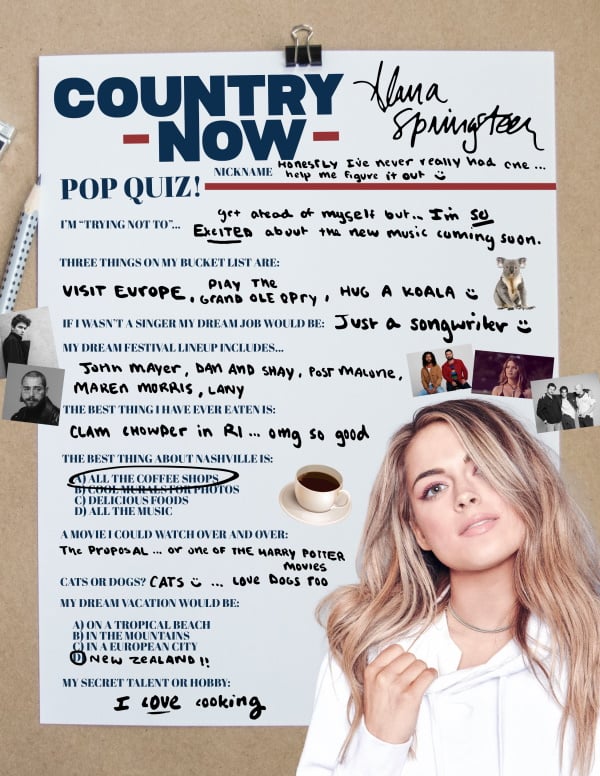 The 20-year-old songstress recently took Country Now’s Pop Quiz and revealed some fun facts about herself, including her dream festival lineup and her favorite thing about Nashville. She also shared three items on her bucket list.

Check it out above.