Luke Combs has made history with his latest sold out shows!

The country superstar’s upcoming three-night residency at The Wharf in Orange Beach, Alabama sold out within just minutes of on-sale earlier this morning, June 4. According to a press release, Combs is now the only artist in the history of The Wharf to sell out three consecutive nights, as well as was the fastest and biggest sell-out in the venue’s history.

“Man, I’ve got to admit that I didn’t know what to expect. It has been 15 months since we’ve put any shows on sale or really played any shows for that matter. I’ve missed being on the road and playing for the fans more than anything, so this is super humbling to see they can’t wait to get back out to a show either,” Combs admitted, before adding, “I was already very pumped for these shows, but I’m even more pumped now. I can’t wait.”

“The sheer demand for tickets to Luke Combs’ three concerts at The Wharf in Orange Beach, Alabama was simply incredible. Luke sold out all three of his shows, as fast as the system would allow for, and we unquestionably had the demand for additional shows,” Bob Roux, President, U.S. Concerts at Live Nation added.

Combs’ three-night mini-residency kicks off July 2 and runs through Independence Day (July 4). Supporting Combs during his three sold out nights will be Flatland Cavalry and Channing Wilson.

Additionally, Combs recently announced a massive arena tour this fall with an all-new in-the-round stage design. The tour kicks off in September his first-ever headlining stadium show in Boone, North Carolina and includes stops in New York City, Houston, San Francisco, Chicago, Dallas and many more before wrapping up in December in Boston, MA at TD Garden.

The “Forever After All” singer is currently working on album 3. 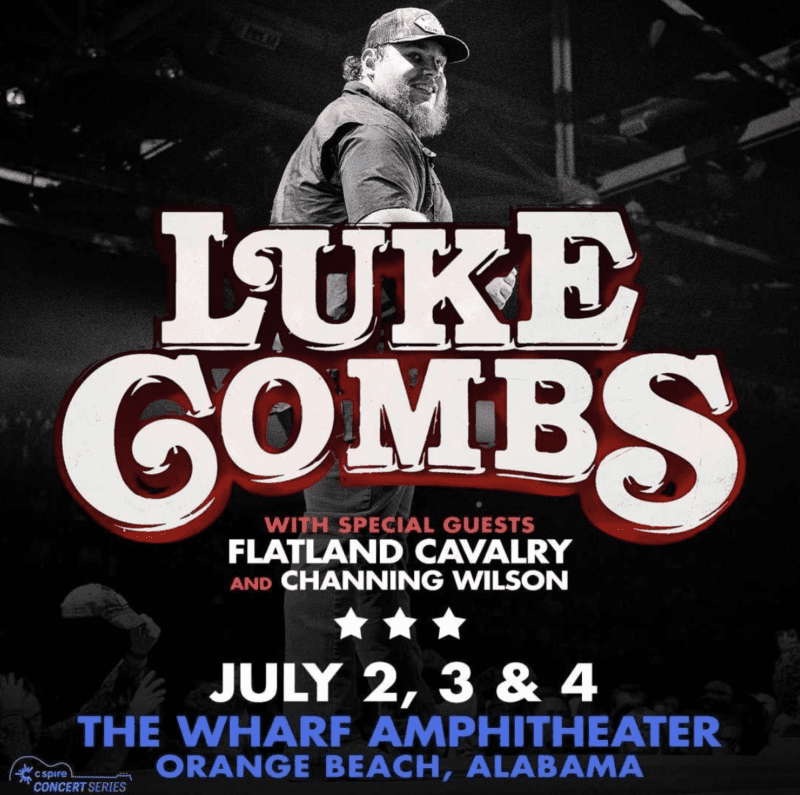