Christmas may not be until December 25, but Mike Fisher already has Carrie Underwood’s present taken of.

The former NHL player gifted the seven-time Grammy winner with a unique surprise and it’s not something he could gift wrap.

“Cattle auction time! Big hat. No cattle…yet,” Fisher wrote on Instagram stories, along with a selfie.

He later revealed his big purchase at the auction: two cows! 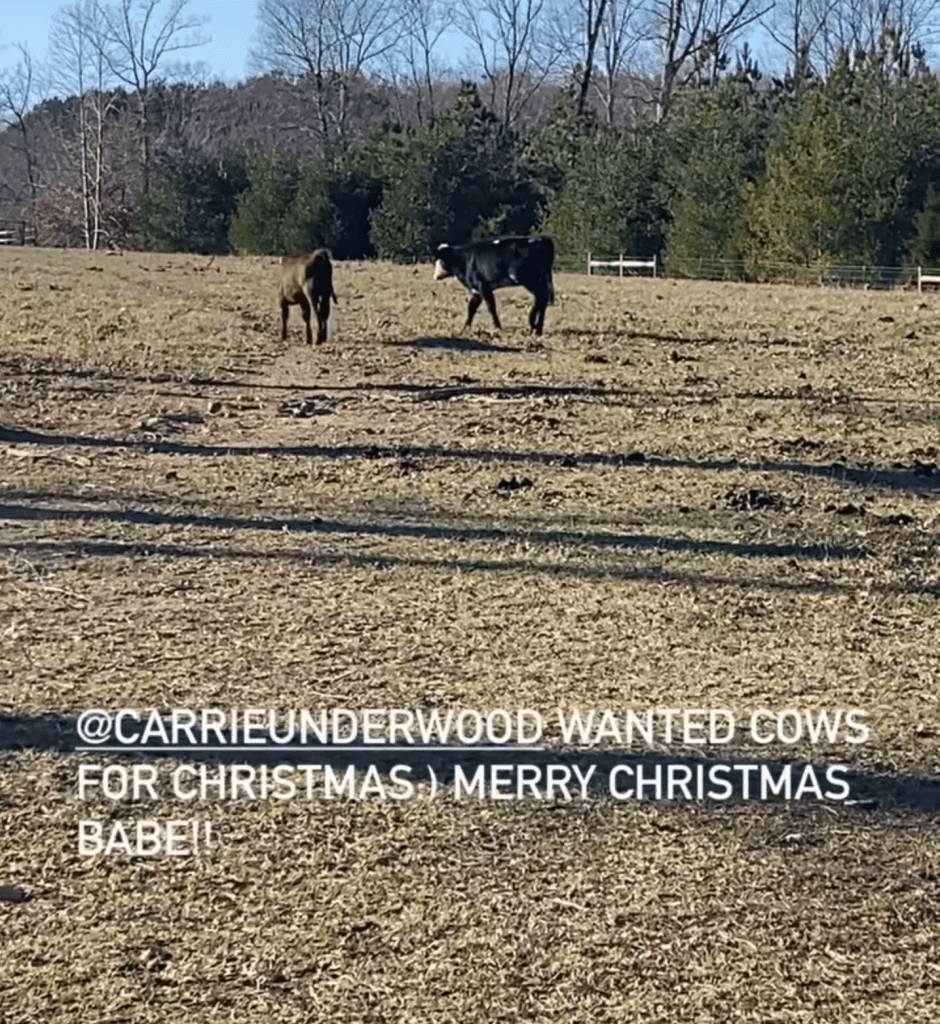 Underwood’s surprise present happened to come on the day her long-awaited Christmas special, My Gift: A Christmas Special From Carrie Underwood, made its debut on HBO Max. The one-hour event brings her first-ever full-length Christmas album, My Gift, to life with performances of traditional favorites and new holiday classics.

“It really was a gift for me. It was a welcome distraction,” Underwood says of making the album and special. “It was such a stressful, hard year and nobody knew where it was headed the majority of the time. It was nice to be able to go in and have this to look forward to.”

My Gift: A Christmas Special From Carrie Underwood is available to stream now.