Country artist on the rise, Parker McCollum has fans so loyal that they’re calling him the next George Strait.

Earlier today (Mar 10), McCollum received the compliment of a lifetime from a fan on Twitter who wrote, “Since day 1 I’ve said @ParkerMcCollum is the next George and I meant it! Look at him go!!”

I appreciate the thought of this more than you know, but there is no next George strait. That’s a one time deal man. Nobody will ever do what he did. There will only ever be one King. https://t.co/RaJj3cP4yF

The “Heart Like Mine” singer gave a humble response to the encouraging Tweet as he said, “I appreciate the thought of this more than you know, but there is no next George strait. That’s a one time deal man. Nobody will ever do what he did. There will only ever be one King.”

Other fans chimed in, agreeing with the original post, and sharing their continual support for the new artist.

McCollum may not have the stats to match up with Strait, who’s known as “The King of Country Music,” but he’s certainly working his way up in the industry through hard work and keeping it real and raw in his music. In 2020, he earned his first No. 1 on Billboard’s Country Airplay chart, with his single, “Pretty Heart,” which lives on his 2021 Gold Chain Cowboy album. This project was the highest first-week debut album of 2021, a big year for McCollum who also sold out more than 40 shows in that time. Compared to Strait’s 60 No. 1 hits, which is more than any other artist in history, his countless awards and nominations, and his 33 Platinum or multi-Platinum albums, one No. 1 may seem like nothing for the average person, but for McCollum it’s just the start of what’s to come for his career.

“My Queen got to the meet The King,” McCollum captioned a series of photos of the couple with the country icon.

During the 57th ACM Awards which took place on Monday, March 7, McCollum performed his hit single “Pretty Heart.” His first ACM Awards experience was definitely something to remember because of this performance and the win he took home for New Male Artist of the Year. He actually received the news of his new title a few days before the show, while on a Zoom call with the ACM Entertainer of the Year, Miranda Lambert. While sitting in his mom’s house in Texas, the singer was speechless for a moment before saying, “I’m getting blurry vision right now. Are you joking…I won?” 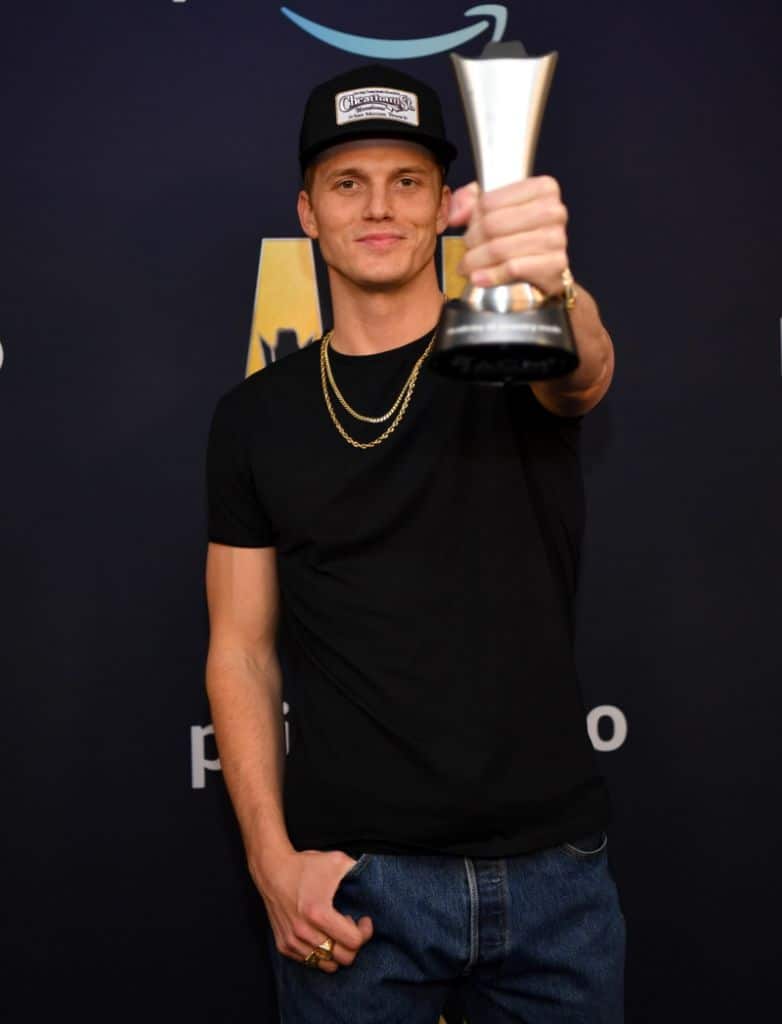 As McCollum lets his first ACM experience sink in, he continues on his Gold Chain Cowboy Tour that began last month in North Carolina. He will take the stage again this weekend in New Orleans, LA and Houston, TX. As soon as his headlining tour wraps up on June 4, he will head right back out on the road on Thomas Rhett’s Bring The Bar To You Tour.

Strait is keeping himself busy as well as he is currently preparing to take the stage at the Houston Rodeo on March 20.