On this day in 2014, Miranda Lambert released her 16-track fifth studio album Platinum, revealing a new side of the country superstar.

Produced by Frank Liddell, Chuck Ainlay and Glen Worf, Platinum was Lambert’s fifth consecutive album to reach the number one spot on the Top Country Albums chart, making her the first artist to have five number-one debut albums on the charts. Platinum boasts features from artists including Little Big Town, Carrie Underwood and The Time Jumpers.

When asked about the inspiration behind the album’s title, Miranda shared with Billboard, “I don’t want people to take that too seriously. When you’re in the industry and you hear ‘platinum’ you think platinum album. But platinum is a lot of things: it’s hair, it’s diamonds and platinum, it’s Bud Light Platinum, it’s the color of an Airstream. So I hope that other people don’t look at that title and think, ‘oh my God, she’s thinking her album’s gonna be platinum.’ That’s not what I’m thinking. I mean, yeah, I’d love that, Mom says, ‘say it as though it’s so.’ I hope all my albums go platinum. But it’s more about my life and my lifestyle and all of those things that encompass that word, so there wasn’t another title. It just felt right.” 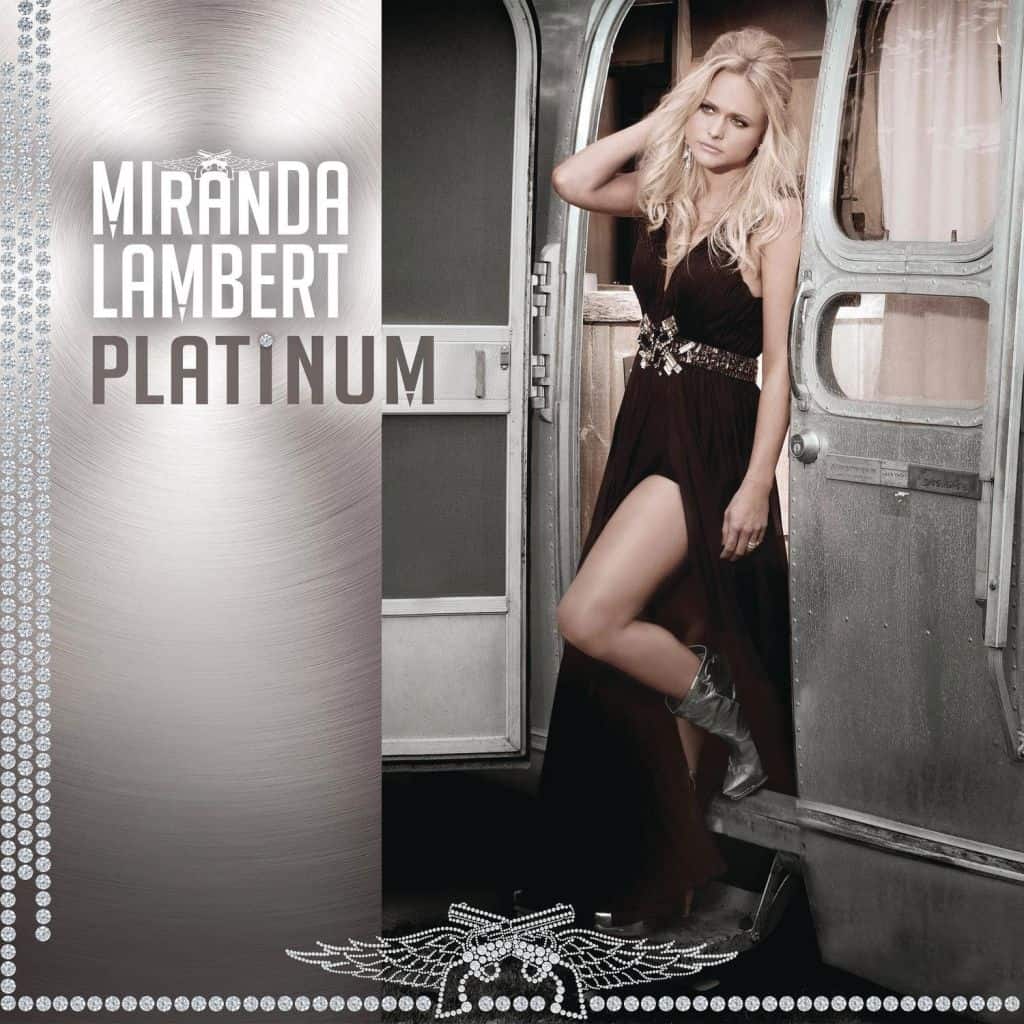 Platinum reached No.1 on the Billboard 200, sold 180,000 copies in the first week and brought home wins for the Best Country Album at the 57th Grammy Awards, 2014 CMA Awards and ACM Awards. On February 1, 2016, the album went platinum.

Platinum shares a softer and more feminine side of the artist, especially through the track “Girls.”

Lambert explained the idea and process behind “Girls” with Billboard, stating, “I get pitched 100 ‘Gunpower & Leads’ and I’m like, ‘give me something I can’t write, I can write those all day long.’ I like to hear things where I go, ‘damn, I wish I’d written that.’ … I heard [“Girls”] and it was like, ‘oh my gosh, it’s so true.’ Girls, we’re so complicated, can’t live with us, can’t live without us. I feel like that song says that so well, it’s so beautiful. Every girl I play it for is like, ‘that’s me!’ and that’s what you want, it’s so relatable and powerful. Even guys, ‘oh yeah, that’s my girl, that’s my wife, that’s my mom, that’s my daughter.’ I love songs that make you feel something and this one definitely does.”

With the honesty and self-reflection shown in the tracks, it’s no surprise the album faired so well.

“There’s humor on this album, and nostalgia, and it’s feminine,” the singer shared with Taste of Country. “There’s girl power, not in the ‘I’m gonna burn your house down and kill you, but more where I am as a 30-year-old woman and wife. I’m more settled in life, embracing the good and the bad, and that’s all reflected on ‘Platinum.'”