Shania Twain’s iconic album, Come On Over, was released on this day in 1997.

The project marked Twain‘s third studio album and went on to become the best-selling country album by a female artist in history. To date, Come On Over has sold over 40 million copies worldwide and over 20 million in the United States alone. It’s been certified 20x Multi-Platinum by the Recording Industry Association of America (RIAA).

Upon its release, Come On Over debuted at No.1 on Billboard’s Top Country Albums chart and remained there for a whopping 50 non-consecutive weeks. It also remained in the Top 10 for a total of 151 weeks. 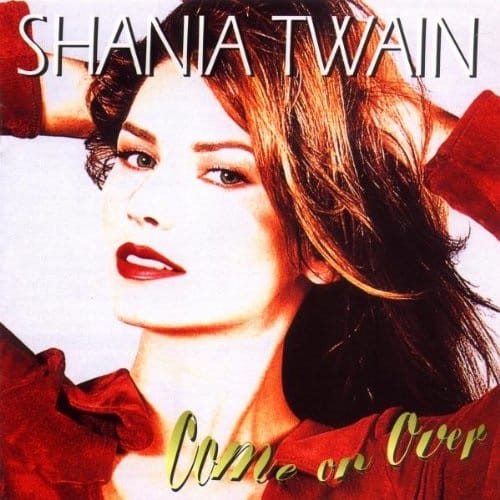 The 16-track project included songs all co-written by Twain and her then-husband/producer, Robert John “Mutt” Lange. It spawned 12 singles, including “Man! I Feel Like a Woman!,” “You’re Still the One,” “That Don’t Impress Me Much” and “From This Moment On” with Bryan White.

Twain celebrated the anniversary of the album on Instagram and even teased a possible re-release of the project.

“Happy Birthday ‘Come On Over’ 🎉,” she wrote. “Thank you for making this the best-selling country music album, and the best-selling studio album by a female act ❤️ ….Do you think it deserves a diamond release? 💎😉 #LetsGoGirls”

The release of Come On Over took Twain‘s career to new heights and earned her several nominations, including Album of the Year and Best Country Album at the 41st Annual Grammy Awards.

To this day, Come On Over remains one of Shania Twain’s most iconic albums and is loved by fans everywhere.