2020’s been a tough year all-around, but country music kept fans going throughout all the ups and downs. Though artists…

2020’s been a tough year all-around, but country music kept fans going throughout all the ups and downs. Though artists couldn’t tour, they could — and did — release some unforgettable studio projects. This year’s batch of albums brought dark horse successes and feel-good favorites; artists experimented with new sounds and perfected familiar ones. Some offered blissful escapism from the rigors of 2020, while others dug deep into the self-reflection brought on by the year, and a couple even used quarantine to continue to hone and perfect their projects. Read on as Country Now counts down the top albums of 2020. 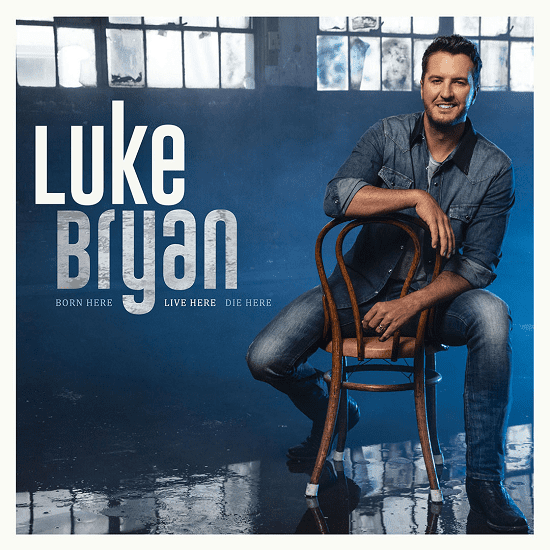 The country genre saw some stellar albums from debuting artists in 2020, as well as artists who used their current album cycles to broaden their thematic horizons or try out some new sonic influences. But especially in a year as tumultuous as this one, there’s something comfortingly familiar about a Luke Bryan album, and the singer delivered on his winning formula with the release of Born Here, Live Here, Die Here. Country radio insta-classics like “Knockin’ Boots” and “One Margarita” populate the project, alongside the searing tear-jerker, “Build Me a Daddy.” The music is vintage Bryan, and quintessential feel-good country. Born Here, Live Here, Die Here doesn’t reinvent the wheel, but it fills another important role: Providing fans with familiarity, during a deeply unfamiliar time.

Lee Brice is known for bringing different influences and genre blends into his music, but Hey World is perhaps his most exploratory album to date. The singer offers up sultry, ‘60s-style soul in tracks like “Do Not Disturb” and “Don’t Need No Reason,” then jumps effortlessly into country barn-burners like “Attaboy” and “Good Ol’ Boys,” and one track, “More Beer,” is even inspired by M.I.A.’s 2008 pop hit, “Paper Planes.” This omnivorous project reflects Brice’s own broad-spanning tastes, as well as the way the album was made: With the singer in quarantine in his home studio, recording his vocal takes himself and being able to work on the project whenever inspiration struck. The album was made in part in the midst of the COVID-19 pandemic, and that’s reflected in songs such as the title track, which responds to the tumult of the year, pleading for a moment of peace from a relentlessly catastrophic news cycle. Despite the fact that the record was informed by the events of the year in which it was created, Hey World is much more than a 2020 time capsule, in part because of its sonic and thematic diversity.

Few country artists had a better year than Gabby Barrett. Spurred by the momentum of her powerhouse, chart-topping debut single “I Hope,” the singer rose from being an up-and-comer to bonafide superstar status in 2020. No small part of that transformation was due to the strength of her debut project, Goldmine. In fact, Barrett revealed when her album came out, she chose its title to reflect hard work that went into making her debut project, and the sweetness of its rewards. As the year draws to a close, those rewards are still paying off: The album’s second single, “The Good Ones,” is currently sitting in country radio’s Top 25.

Like Ingrid Andress, HARDY made a successful transition from songwriter to country star with a standout debut album in 2020. In his case, that’s A ROCK, a project that delivers a bold, confident statement about who HARDY is and the kind of performer he wants to be. The singer’s songwriting chops are front and center on A ROCK, as he co-wrote all 12 of its tracks, explaining upon the album’s release that he did so in order to fulfill a very specific vision for the project. Many of the songs center around game-changing life moments, such as the day a person meets their spouse or the day they attend the funeral of a good friend lost too soon.

Some of the inspiration from the songs was ripped straight from HARDY’s real life, while he took creative license with some other tracks. But regardless of where the stories come from, the theme of the record boils down to his vibrant, unmistakable storytelling style.

Even by his usual unabashedly honest standards, Wild World is Kip Moore’s most personal to date. His fourth studio album and first release in three years, Wild World sees Moore coming to grips with himself as a whole person, complete with flaws, regrets and shortcomings. Nowhere is that more apparent than the project’s “Payin’ Hard,” which deals with his grief following his father’s death and the guilt he’s holding onto for chasing his then-nascent musical stardom instead of spending more time with his dad before he died. In Wild World, Moore resists the impulse to turn away from his flaws, instead relentlessly chasing the person he wants to become. The album is a remarkable journey of self-exploration, and it includes a heaping handful of Moore’s trademark anthemic, rootsy bangers to boot.

With her 2020 debut, Ingrid Andress cemented her turn from an acclaimed all-genre songwriter to a stellar recording artist in her own right. The March project includes tracks like her playfully jaded Beach Boys homage, “Waste of Lime,” as well as a more reigned-in and personal take on “Boys,” a song she wrote that became a hit for pop star Charli XCX in 2017. Of course, Lady Like also features its self-introductory title track along with “More Hearts Than Mine,” Andress’ debut country single, which also became her first No. 1 hit at radio.

As critical and commercial success heaped onto Lady Like in the weeks and months following its release, Andress was in quarantine — not out on tour as she would’ve been any other year than 2020. But the album’s track list turned out to be the gift that kept on giving, as Andress turned her attention to revisiting each of the songs on her project. She ultimately wound up with a deluxe version of Lady Like that presents an alternate on the project, with a brand-new song order and a duet version of “More Hearts Than Mine” with Little Big Town bandmates Karen Fairchild and Kimberly Schlapman.

Brett Eldredge leaned into a heavy period of self-reflection to make the songs on Sunday Drive, even holing up at a California beach cottage for weeks at a time with only a flip phone, a pen and a pad of paper. The result is an exercise in vulnerability and a sustained mindset change, with Eldredge set on tapping into his creative side instead of always following his instincts to be a crowd-pleasing performer. The lead single of the project, “Gabrielle,” is so personal, in fact, that it’s based on a real relationship (though Eldredge clarifies that the person the song is about is not actually named Gabrielle.) Amid the intentional lyrical vulnerability of Sunday Drive, Eldredge also instills his album with the kind of easy, nostalgic warmth the title itself evokes. With its focus on piano line and an inherent sonic optimism, even during the sad songs, it’s easy to be hopeful when you’re listening to this record.

One of the highlights of 2020’s latter half, Chris Stapleton’s new album Starting Over is a mature, intimate project that the singer created over the course of the last few years. That’s a longer album-making process than his debut, Traveller, but the extra breathing room benefits the track list. Though the singer demurs when asked to name a theme for this record — or any he’s made, for that matter — there are plenty of reflections on life and the overall shifts of the past couple of years, including both the pained and tragic — in “Watch You Burn,” a response to the 2017 Route 91 Harvest Festival mass shooting — and in terms of more everyday evolutions. Stapleton reflects on his changing city, with those changes even further expedited by his move into mainstream fame, in “Nashville, TN.” Elsewhere, he bids goodbye to a beloved family dog in “Maggie’s Song.” While these are all intimate and personal glimpses into the singer’s life, they’re also songs to live by for just about anyone navigating a changing world — a difficult balance to strike, but ultimately, a gratifying one.

In more ways than one, Brothers Osborne’s third studio album, Skeletons, was the perfect album for 2020. It includes lead single “All Night,” a feel-good earworm meant to take fans’ minds off of their troubles, as well as “Hatin’ Somebody,” a pointed message to keep things civil during a politically divisive time. But perhaps most magnificently, Skeletons encapsulates the feel of a live show during a time when country concerts (and any other sort of gathering, for that matter) have become distant memories. Brothers Osborne are known for their rip-roaring, jam session-esque sets, and despite the fact that Skeletons isn’t literally a live album, that energy is palpable, especially in tracks like the instrumental “Muskrat Greene” followed by “Dead Man’s Curve.” Though they can’t get onstage in front of their fans right now, Brothers Osborne brought the party to streaming services, CDs and vinyl players across the country when they put out their latest album.

Ashley McBryde had a tall order to fill after her first album cycle: With her major-label debut, 2018’s Girl Goin’ Nowhere, she’d firmly established herself as a dark horse making good, a sharp lyricist with a heart for traditional country but an off-the-beaten-path approach. Her debut was a critical darling; it set expectations high for album number two.

But McBryde more than pulled it out of the bag with Never Will, an album that succeeded so resoundingly, at least in part, because it saw the singer simultaneously expanding her boundaries and digging deeper into the groundwork she’d laid on her first album. The traditional country storytelling still shows up in spades, but the singer also expands her territory, bouncing between bluegrass on tracks like “Velvet Red” and even metal-inspired rock on “Voodoo Doll.” In terms of subject matter, she took a risk by sending the slightly seedy “One Night Standards,” and that gamble, too, paid off: The song earned her first U.S. Top 10 hit, and a No. 1 in Canada. Overall, Never Will is a daring, sure-handed effort that pays off at every turn.