After taking some time away from the music to just enjoy life and reflect, this “Beach Cowboy” realized the time was right to pursue a solo project, in addition to his work with FGL.

“For me personally, I’m fulfilling a lifelong dream of mine, having an outlet to do some solo stuff,” Kelley tells Country Now and other media outlets. “I always kind of knew deep down, I kind of made a deal with myself that the timing would be right when the songs were there, and I felt like the songs were there. Once I had four or five, I felt like a door had been opened for me by God, by the universe. I felt like it was the time…I did a lot of soul-searching last year. We turned in our fifth record for FGL in May and then I went from May to August 25 and did pretty much everything under the sun, but music. I did a lot of working on myself, I did a lot of journaling, I got my arm back in shape and did some pitching, I was fishing a lot, lots of family time, a lot of cooking, and a lot of just being outdoors…”

From the spiritual tracks to the party tracks, this album fully encompasses Kelley’s true personality and showcases his ideal way of life. He embraces his “Florida Boy Forever” mindset throughout the entire 17-track coastal album, as he talks about his upbringing and where life has carried him up to this point. 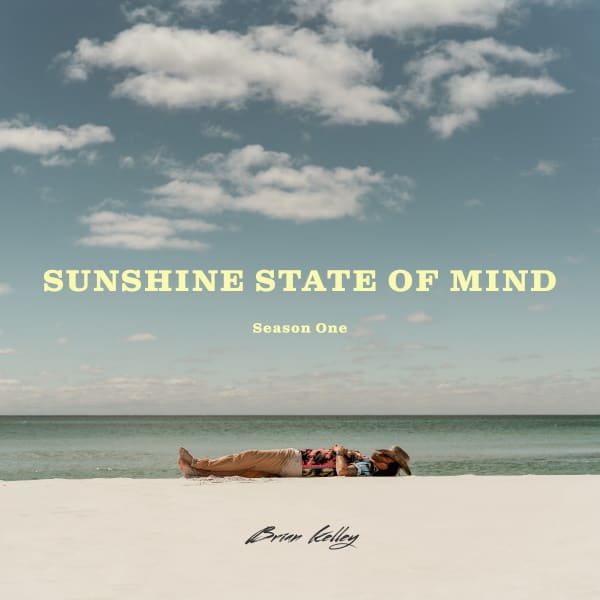 “I’ll always be a Florida boy and I’m always going to take some sunshine and a positive attitude along with me on my journeys, my travels,” says Kelley. “No matter where I go, I’m going to have some sand in my suitcase. So that definitely is autobiographical with modern day.”

The “go with the flow” writing process for this project has mostly taken place outdoors, on a dock or on the beach, as opposed to working through a screen on a Zoom call.

“I have had some really great writes over Zoom…Now that I’ve done it and then went back to writing it in person, I don’t know how much I’d Zoom write anymore…I just like being in person,” he explains. “I like being able to get out, go for a walk, get a break, get a beer with whoever I’m writing with or go for a bike ride, go for a walk down to the beach, clear our heads, go fishing. I like to make it an experience, very interactive and just in the element.”

For this project, Kelley has drawn inspiration from his hometown, Ormond Beach, FL., some spicy margaritas and his beautiful wife, Brittney. The heartfelt love songs included in the track list are encouraging because it stems from a couple that knows what it’s like to have the rug swept out from under them. Brittney is even featured in several of the music videos including, “Songs For You” and “Made By The Water.”

“She’s gotten to have a front row seat at it and be my biggest cheerleader…I know she’s truly invested and really cares and really loves what I’m doing and supports me.”

Speaking about his personal album puts a genuine smile on Kelley’s face, as he sits with a palm tree and surf board to his side to uphold the beachy image.

“I’m trying to express myself and my life and what I believe and where I’m at,” he says.