Bristowe, who is set to appear on the upcoming season of ABC’s Dancing with the Stars, documented the fun on Instagram, sharing a video clip of their night on the town. In the video, which is set to the tune of Gabby Barrett’s chart-topping hit, “I Hope,” Bristowe, Pearce, Wayne and Rothe can be seen making a toast together.

“Karma has no deadline #Pancakes,” Bristowe captioned the video.

Wayne also documented their night of fun on her Instagram stories, sharing a photo of the foursome wearing masks with the caption “Modern day girls night.” 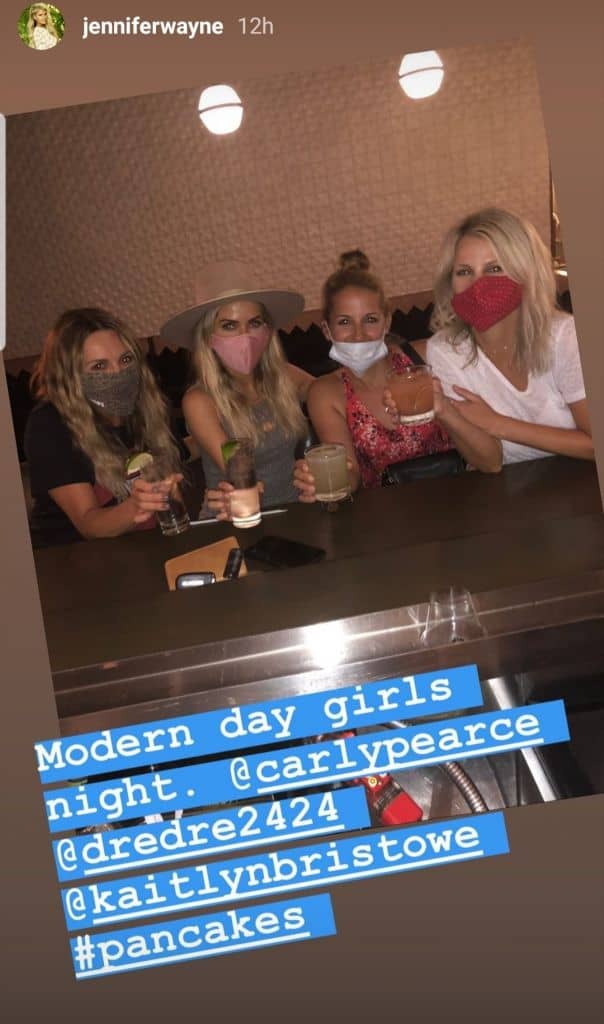 Pearce has remained relatively silent on social media since filing for divorce on June 19. Pearce and Ray were married for eight months before they parted ways.

In a recent interview with Country Now and other media, Pearce revealed that she has found herself extremely creative over the past few months and shared that her next single will come from a brand new album, rather than her just-released self-titled sophomore project.