"Blake and 'Rockabye Baby' are a real match made in heaven..."

This nearly 1-minute clip gives parents something to share with their newborns, infants, and toddlers as it combines the familiarity of the “God’s Country” melody with the adorable tale of a cartoon teddy bear driving down a country road with his puppy dog friend. Gentle and soothing sounds of xylophones, twinkling bells, and childlike percussion can be heard throughout the kid-friendly instrumental, making the reimagined track a perfect song choice to put an end to restless nights.

The video gives subtle nods to Shelton himself with references to his beloved hometown of Ada, Oklahoma throughout the clip.

“We were hard-pressed to find a country artist we wanted to lullaby more than Blake Shelton,” Lisa Roth, the sister of Van Halen’s David Lee Roth and the brainchild behind the successful Rockabye Baby series,  tells Country Now of her decision to transform Shelton’s hits into lullabies. “He’s not just one of the biggest country stars in the world, adored by critics, musicians, and fans alike. He’s also one of the most inescapable figures in pop culture.”

“Blake has been People’s Sexiest Man Alive, remained the star of the biggest show on TV since its inception a decade ago, performed with the likes of Christina Aguilera and Pitbull, and has played at the Super Bowl,” she continued. “Add to that he’s part of one of music’s biggest power couples. Seriously, we love Gwen [Stefani] too, but Blake and Rockabye Baby are a real match made in heaven.”

Roth initially held a career in the health industry before making her entry into the baby business. The idea to artfully craft iconic songs from every genre and turn them into sweet lullabies was born in 2006 after she had trouble finding a baby shower gift for a friend. The upcoming release of Rockabye Baby! Lullaby Renditions of Blake Shelton follows an extensive catalog of more than 100 albums, over two billion streams, and a song featured in a Super Bowl ad. Other country artists featured in the series include Dolly Parton and Shania Twain.

Country fans will soon be able to get their hands on even more sleepy-time renditions of Shelton’s hits when the full album drops on February 4. “Austin,” Shelton’s debut single and first-ever No. 1 hit on the Billboard Hot Country Songs Chart, and “Nobody But You,” his collaboration with wife Stefani, are among some of the songs featured on the forthcoming project. 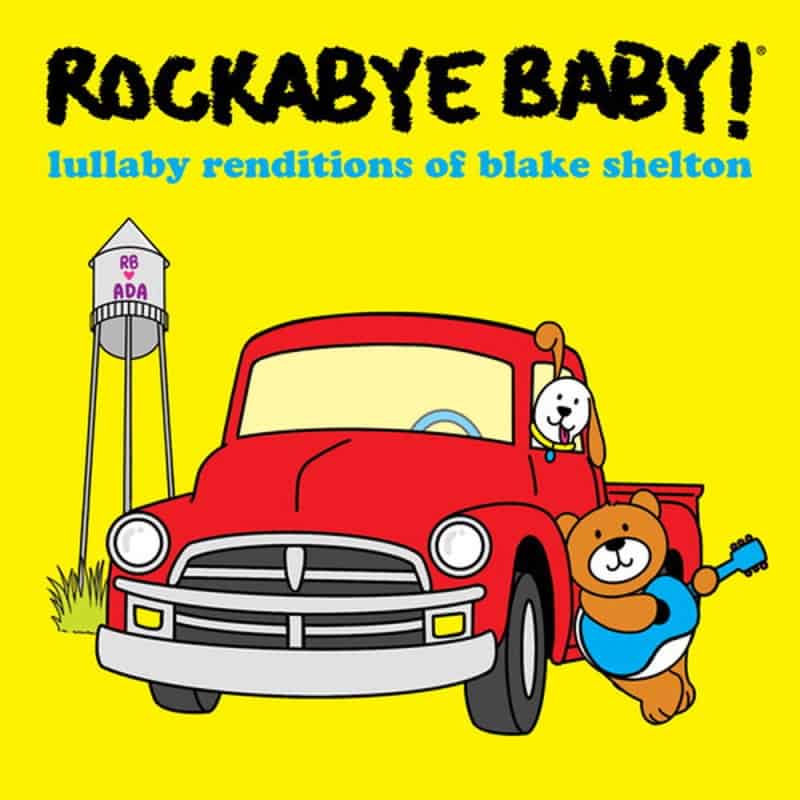