Kane Brown’s ‘One Mississippi’ is a Jam, With a Big-Hearted Success Story Behind It

Kane Brown can relate to artists who find inventive ways to use social media to jumpstart their careers. After all,…

Kane Brown can relate to artists who find inventive ways to use social media to jumpstart their careers. After all, that’s how he launched his own.

Before he signed a major label deal, Brown built up a grassroots fanbase by posting cover songs from artists like Randy Travis to YouTube. So when the “Worldwide Beautiful” star saw he’d been mentioned in an Instagram post by a songwriter named Levon Gray who he’d never heard of before, he decided to check it out.

“He tagged me in a post, and two other people, and I was the only artist who got back to him. I thought he could sing,” Brown tells Country Now. “And the song [in the post], he had written himself. I had just started my publishing company, so I was like, ‘I wanna give this guy a chance.’”

Brown likes to joke that he’d make a good A&R rep. He doesn’t just mean that he has a knack for finding unsigned talent, which he does — that’s why he started his own label, 1021 Entertainment, and his own publishing company, Verse 2 — but also that he has good instincts for pairing people together. Anytime he listens to an unknown artist or songwriter, he’s constantly thinking of who he knows in the music industry who’d best work with that person’s skill set. 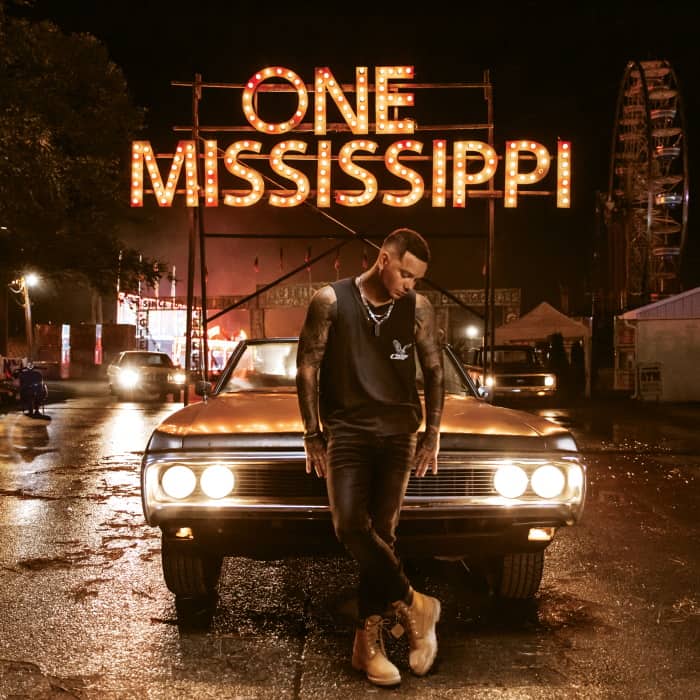 In this case, Brown had a write coming up with Ernest K. Smith and Jesse Frasure, and he had a hunch that Gray would mesh with their styles.

“I asked them if they would write with a new writer, that nobody in Nashville had heard before. They gave him a chance, and it was kind of like his audition,” Brown recounts. “He came into the writing session with the title ‘One Mississippi.’ I kinda sat back and let him take charge, to see how he was gonna do.”

A quick glance at Gray’s social media presence indicates that the singer-songwriter’s stylistic leanings — like Brown’s own — are genre-blending. The performances he posts often veer towards R&B; meanwhile, the songs he listens to as a fan include powerhouse country songwriters like Miranda Lambert and Mickey Guyton.

And though he didn’t know him well enough to know exactly which musical direction he would take in that first session, Brown sat back and let Gray develop his idea, with help from a powerhouse group of collaborators.

“Jesse makes huge tracks. They could be released, like, right when he gives you the demo. So we had an amazing track that we started with. And I love the fiddle. I have a fiddle player who does solos, and pumps up crowds. So of course I had to bring that on,” Brown lists. “We had a lot of power in that write, when [Gray] was coming in. And he brought the title, and the idea, which was the main thing for the song. He brought a huge part of it.”

Gray had proved that he could go toe to toe with some of Nashville’s most seasoned songwriters; even better, the song grabbed radio attention. “At radio, we had a lot of people reach out and say, ‘We wanna play this now,’” Brown explains. “Which is always a good sign, for any artist.”

Funnily enough, if it hadn’t been for Gray — his unusual success story, the heart and momentum he brought to the song — “One Mississippi” might not have been Brown’s first choice as a leading single for his upcoming new album.

At the time, the country superstar was focusing on taking a different tactic for his new project. He wanted to prioritize writing story songs and channeling more traditional styles. “That was my main goal for the album, at first,” he explains.

“Story songs are just…it takes a lot of time, and it takes a lot of focus. It takes really great writing,” Brown goes on to say. “Whenever you can get that in a song, I’m immediately cutting it. It was a huge thing for me in the ‘90s, [Tim McGraw’s] ‘Don’t Take the Girl,’ and songs like that. I love story songs.”

When Brown’s next album arrives, fans will hear plenty of story songs on its track list. In fact, the singer says, he’s already previewed snippets of two — called “Leave You Alone” and “I Can’t Love You Anymore” — that were written with that lyrical focus and storytelling style in mind. But, he adds, his mission statement for the album has expanded into “kind of a mix of everything,” and the more he thought about it, the more “One Mississippi” made perfect sense as a first single.

That’s because, while it’s not a story song per se, it’s certainly a song with a story. “I started thinking about things like changing Levon’s life with a song,” Brown points out. “I found out, you know, COVID had been hard for him — even harder than most people. His mom passed from it, and everything. So I felt like this was giving him a new chance.”

As for Gray’s reaction to hearing that the song was Brown’s next single? “Oh, he was just super joyful,” the singer says warmly. “Ever since we signed, he’s been so excited, so happy….he’s just on top of the world right now.”