Less than two weeks after releasing their buzzed-about new single, “Like A Lady,” GRAMMY-winning trio Lady A is set to…

Lady A; Photo by Alysse Gafkjen

Less than two weeks after releasing their buzzed-about new single, “Like A Lady,” GRAMMY-winning trio Lady A is set to take the stage for the Country Now Live series.

Fans are invited to watch the full concert, which marks the current ACM Vocal Group of the Year nominees’ first show of 2021, for FREE on Twitch this Wednesday, March 24.

Airing on CTRL_MUSIC_, a brand new country music channel on the popular interactive livestreaming service, this Wednesday’s show is one fans won’t want to miss. Lady A will take the stage at 8 pm CT for a full band set to perform some of their biggest hits during the one-night-only exclusive livestream. 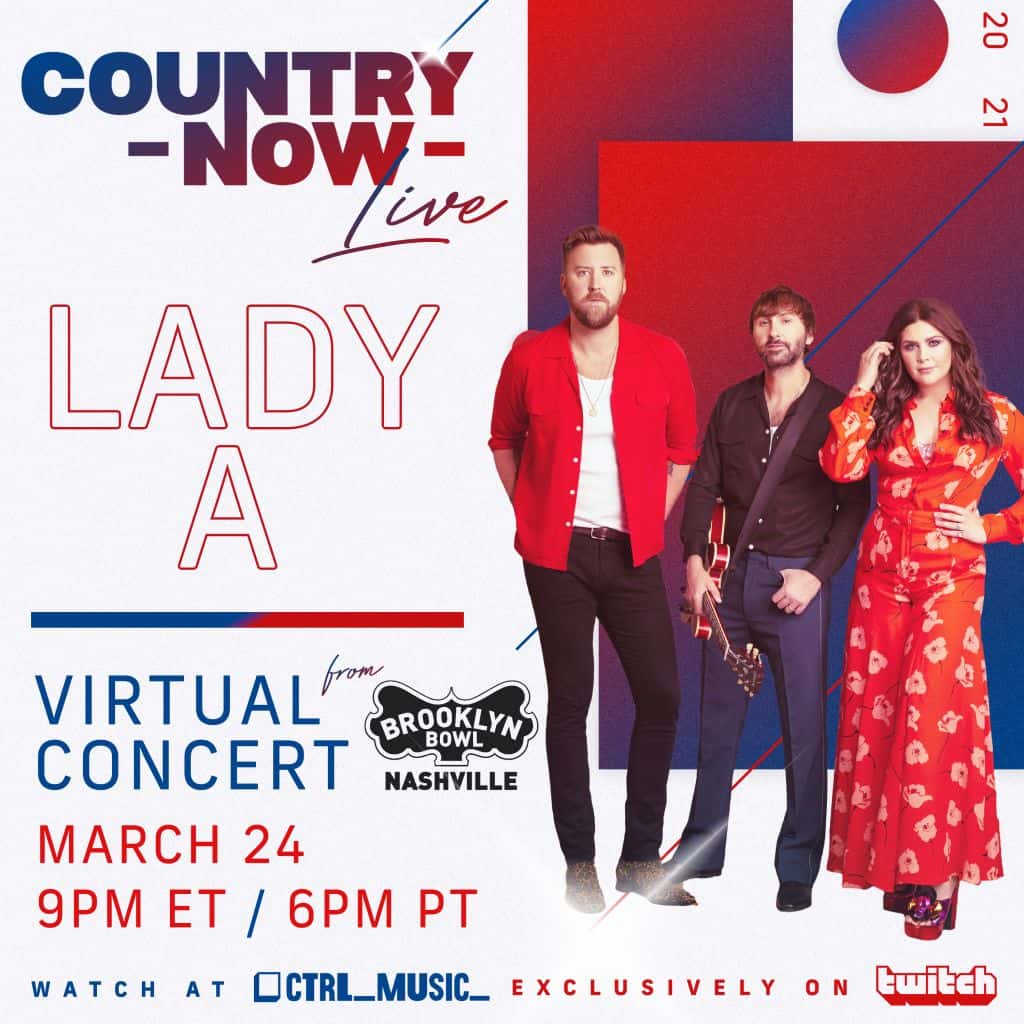 Country Now Live with Lady A will take place at the Brooklyn Bowl Nashville, the newest Nashville venue, which has established itself as a standout concert venue and proven leader in utilizing state-of-the-art production capabilities along with delivering the ultimate livestreamed concert experience. At this time, no live audiences will be allowed in the venue (subject to change based on local conditions and protocols).

Following their performance, Lady A will join Country Now for a Q&A, presented by Turbo Tax. Fans will have the opportunity to engage the artists in real-time via the chat on Twitch.

Fans can RSVP to Country Now Live with Lady A by clicking HERE.

Post Malone’s Cover of Brad Paisley’s ‘I’m Gonna Miss Her’ Will Absolutely Shock You
LANCO Brings ‘Near Mrs.’ To Life with New Video Featuring Their Wives and Families