After a year of songwriting and a bit of time away from each other, Parmalee is back to performing together. In the midst of their Just The Way Tour, the group is finally ready to let their audience hear their latest project, For You.

Prior to the bands’ performance at Country Thunder in Twin Lakes, WI, Matt Thomas of Parmalee joined Country Now, as he admired his view of thousands of campers, to discuss the result of his quarantine songwriting.

“I think for us, we were able to take a break from each other in the band and just separate, because we’ve been doing this our whole lives pretty much,” Thomas acknowledged. “It was good for everybody to not have to worry about what’s happening with the band, other than maybe writing.”

Although he was able to use this time at home to get some work done, Thomas feels that the band has had “quite enough down time” and that they are happy to be back in front of a loud crowd.

“That’s the best feeling,” he shared. “I think that was the hardest part about having a song working over the pandemic. You couldn’t really see the people and feel the energy and we’re playing catch-up, so it’s going really good at all the shows.”

Thomas was the main writer for the 13-track album, which was produced by David Fanning, but he also brought in a few friends for some co-writing sessions including, Ashley Gorley and Nolan Sipe.

“The oldest song is from the fall of 2018. It actually started right before we put out ‘Just The Way,’ in September 2019,” Thomas told Country Now. “That was when we wrote ‘For You,’ on the bus, on a trip. That was kind of the catalyst behind all of it. We reteamed up with our old producer and the new management and just kind of revamped everything.”

“Then ‘Just The Way’ came out,” he continued. “So it (‘For You’) wasn’t really intended for that album, we were just writing songs to follow up ‘Just The Way.’ What really happened was we just kept writing as much as possible…and we ended up with all these songs that we loved. The labels, once we started turning in songs, they were like why don’t you just put out an album? So we kept writing mostly over the pandemic.”

Parmalee released two feel-good songs, “Take My Name” and “Greatest Hits,” in preparation for the album. After teasing “Take My Name” on TikTok, the full song quickly became highly requested.

“’Take My Name’ was the one that was really kind of raising its hand within our fan base and within our label and people around us…we thought why not just release it now?”

For You incorporates a combination of a modern pop country sound, along with a bit of rock & roll and of course, some classic southern storytelling.

“I think that’s where we came from originally, and I think that with all the playlisting going on, there’s so much of that. We like that stuff and we work with a lot of pop writers and producers as well. We brought the country to it, we brought the Nashville, and they brought their production to it. So it was a lot of collaborating and you always try to keep moving forward and try to see what’s new out there. You take in influences from all that stuff.”

Thomas revealed that fellow country music artist, Blanco Brown, might even make a few appearances with the band on their tour, to join in on singing “Just The Way.”

“We’re going to be doing some sets together. You never know when he might pop in,” he teased.

Parmalee is excited to continue performing on their tour and sharing their new projects with their audience, who has long-awaited the return of live music.

“We’re just trying to catch up, get back out there and play for as many people as we can.” 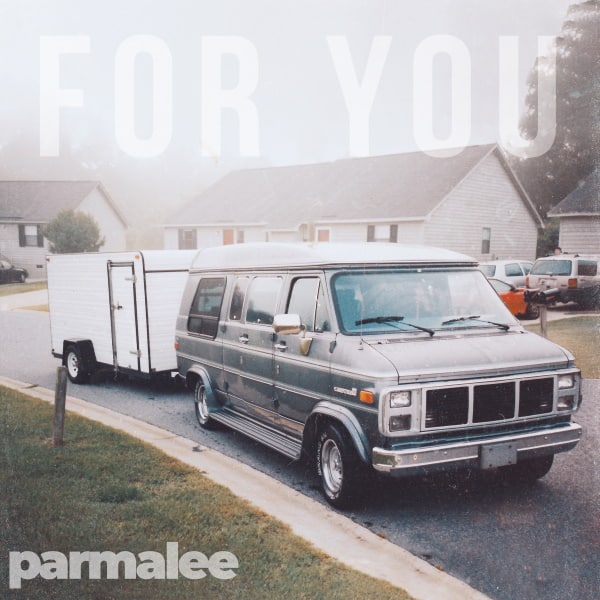 For You Track Listing