Seven-time GRAMMY winner Carrie Underwood reminded fans of the true meaning of Christmas with an impressive performance of “Mary, Did You Know?” on CMA Country Christmas on ABC.

Joined by a pianist and guitarist, Underwood, wearing a sparkly emerald dress, gave a stirring rendition of the iconic tune on Monday evening (Nov. 29). The chart-topping hitmaker performed from a beautifully decorated holiday home.

“I think CMA Country Christmas is just all your favorite artists in one place doing some of your favorite songs, maybe some new songs, and we’re just here to celebrate Christmas and come together to do that, which is something that I think is really cool,” Underwood said prior to her performance.

“I’m performing ‘Mary, Did You Know?.’ It’s kind of a newer Christmas classic. It’s on my album. I recorded it, as many people throughout the years, for my Christmas album, ‘My Gift’ and it’s just stripped down me singing this song, and it’s such a great song to me from a mother’s point of view because imagine Mary having the son of God in her arms and raising him and being a mother, but also it’s the son of God and that just is something that is very profound and something I think about often, so it’s one of my favorites and I hope everybody likes it.”

Co-written by Mark Lowry & Buddy Greene, “Mary, Did You Know?” is featured on Underwood’s first-ever holiday project, My Gift. The song was originally recorded by Christian recording artist Michael English on his Self-Titled debut solo album in 1991. 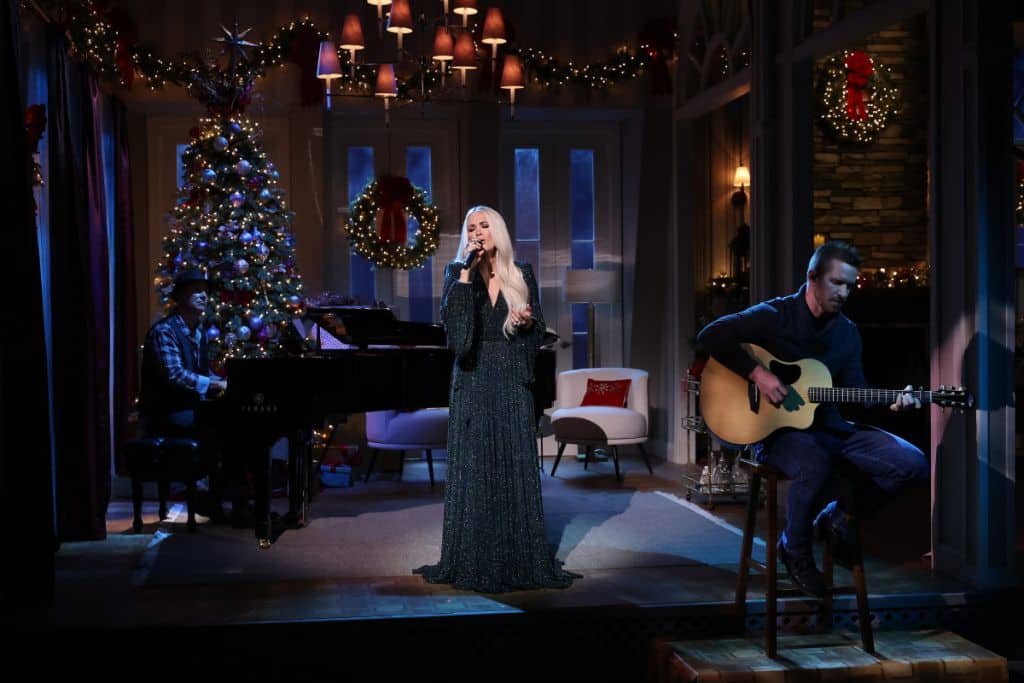 Beginning November 30, CMA Country Christmas will be available to watch anytime on demand and available to stream on Hulu.