Reba Revived sat down with Reba Remixed and Reba Revisited to share details about her upcoming project, Revived Remixed Revisited. This collection contains some of her most iconic songs throughout her career, but this time, they were recorded in a whole new way.

After each version of Reba introduced themselves in the clip, the three of them bantered as they shared a bit about their section of the project and revealed that the legendary singer’s “Can’t Even Get The Blues” will be the leading track off the first section. With the help of Grammy Award-winning producer Dave Cobb, and her band, Reba has managed to bring a new life to 30 of her singles.

Starting off the three-part box set is Revived, which contains some of McEntire’s greatest hits reimagined, including “Is There Life Out There” and “Can’t Even Get The Blues.” According to McEntire, these tracks are “a lot of fun to listen to.”

“30 classic songs all reworked and the 10 songs I did have been revived,” said none other than Revived Reba. “Does that mean your songs are really old?” Revisited Reba asked, earning a chuckle from her friend. Revived Reba then pondered the question, “but what makes them revived?” McEntire answered, “because we brought them all back, and I’d like to give a special thank you to my touring band who came into the studio to help me record them.”

Next, fans hear about Revisited, which encompasses stripped-down versions of McEntire’s singles “Somebody Should Leave,” “Consider Me Gone,” and more. In addition to these tracks, fans also see another version of the classic song “Does He Love You,” which she and her “hero,” Dolly Parton, redid together. 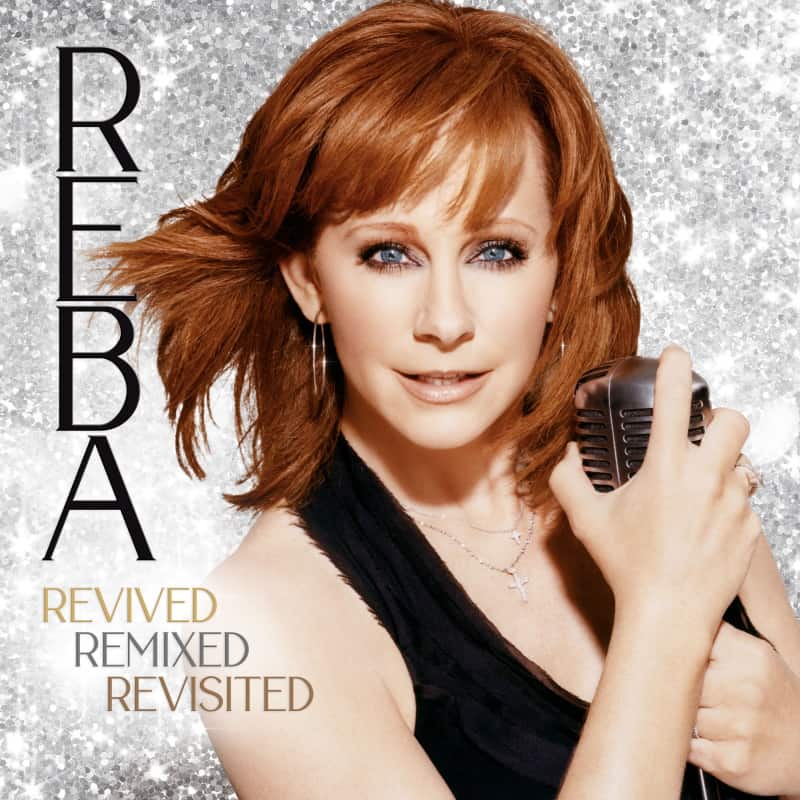 “Now, what are your songs called? Relaxed?” Revived Reba asked, receiving a “ooh zinger” from Remixed Reba. “It’s revisited, thank you very much,” responded Revisited Reba, standing up for her tracks. “For my 10 songs, I went into the studio and recorded stripped back, recorded versions, and I got to record a duet with my hero, Dolly Parton.” Luckily, Remixed Reba was there to pick up the “superstar name” that was dropped.

The second, upbeat part of this collection is Remixed, a fun take on songs such as “Little Rock” and “I’m A Survivor.”

“Well, I did a remix version of ‘Does He Love You.’ In fact, all 10 of my songs have been remixed and are upbeat, contemporary dance tracks.” After calling her songs “groovy,” Remixed Reba showed off her astounding dance moves to her friends.

Upon clarification from Revived Reba, she explained that each of the 30 songs “all sound different,” except of course for a few tracks such as “Fancy,” which was redone in each part of the project.

Just as Revived Reba suggested at the start of the chat, the three friends kept the rest of their conversation mostly positive…with a few more laughs and sarcastic remarks added in here and there, along with a brief argument about whose part of the collection would be crowned the favorite. Before heading off to grab a bite to eat, McEntire announced, “it ain’t over ’till the red head sings ‘Fancy,’ and since we all end our project by singing ‘Fancy,’ I think we’re good.”

This full collection will be released on Oct. 8, ahead of the final dates for the Reba, Brooks & Dunn: Together in Vegas residency, which have recently been announced as Dec. 1-15, 2021 at The Colosseum at Caesars Palace.

The Profile: As She Re-Recorded Her Older Hits, Reba McEntire Found Strength in Subtlety