Mass gatherings at football games and various election celebrations over the weekend had several country music artists calling out COVID-19 restrictions that have halted large concerts around the country and declaring that they are ready to book shows in light of recent events.

Morgan Wallen, Florida Georgia Line’s Brian Kelley, Chris Lane, Chase Rice and Scotty McCreery were among the artists who took to social media to share their thoughts on the matter.

“The hypocrisy is unreal,” Wallen wrote on Instagram, along with footage of a crowd at Black Lives Matter Plaza in Washington, D.C.

“Time to start booking shows…If you don’t agree with me, fine. We can still be friends,” he continued. “But I have a family, band, and crew that need to be provided for and taken care of. If it’s OK for us to party in the streets with no ‘social distancing’ then we can book shows right now.” 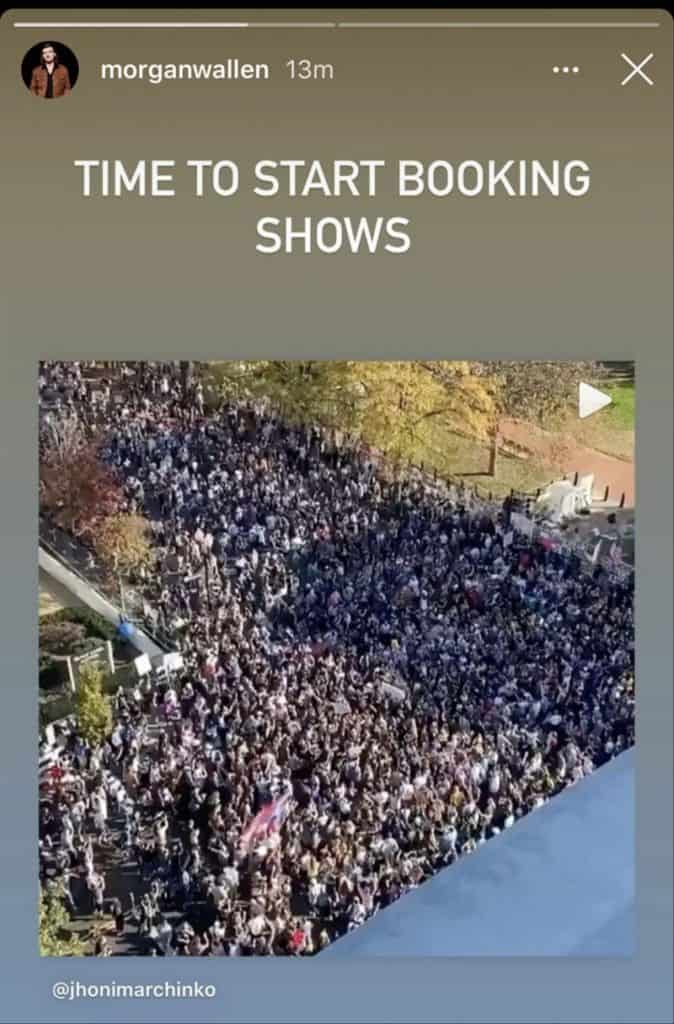 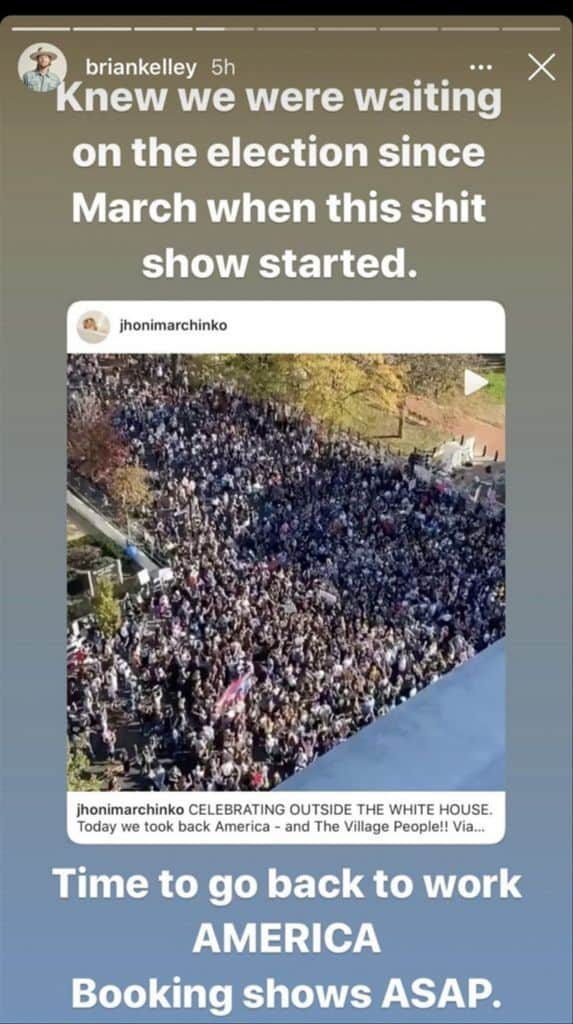 Lane and McCreery shared similar posts via Instagram stories, while Kelley was a bit more detailed in his response.

“[I] knew we were waiting on the election since March when this (expletive) show started,” Kelley wrote.

“Time to go back to work AMERICA. Booking shows ASAP.”

Shortly after Kelley’s post to Instagram, Tyler Hubbard, the other half of Florida Georgia Line, revealed he had tested positive for the virus and is asymptomatic. Now, the duo is unable to perform at Wednesday’s CMA Awards.

As of Monday afternoon, 10 million people in the United States have been infected with COVID-19, according to CNN. Cases of the coronavirus continue to rise in 43 states around the country.

There was some good news released on Monday, however, as drugmaker Pfizer suggested that its COVID-19 vaccine is 90% effective in preventing the disease in early trials.