Is Ariana Grande country enough to be cast in a Blake Shelton‘s “Come Back As A Country Boy” music video? She sure thinks so!

The Voice coach and Pop/ R&B superstar attempted to showcase her country cred in a hilarious skit that aired during Tuesday’s The Voice finale.

In the clip, Grande can be seen “auditioning” for a role in Shelton’s “Come Back As A Country Boy” music video as she tries to catch beer cans and shotgun them, uses a chainsaw and more. 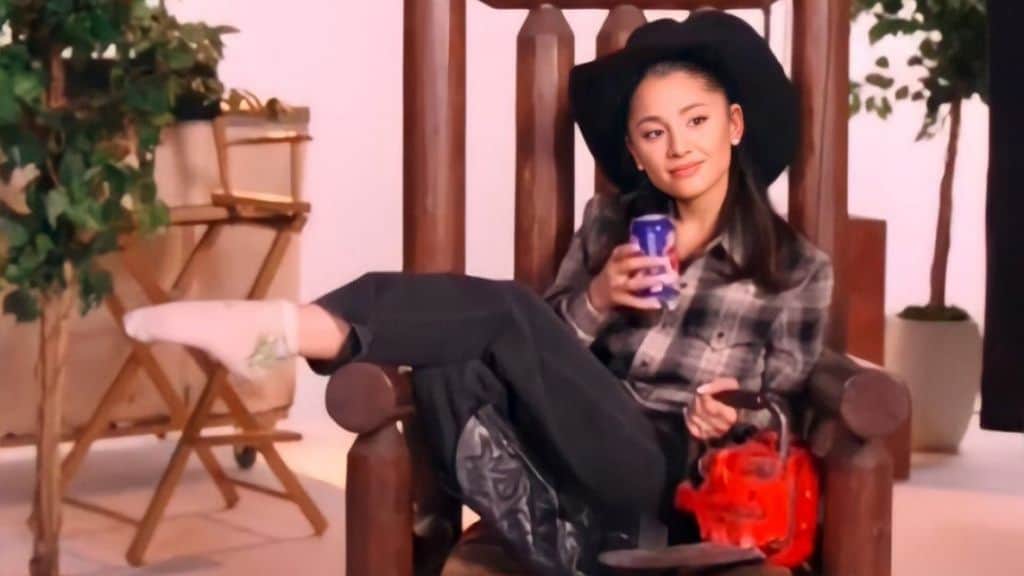 She also sports various cowboy hats and hangs out with a hunting dog.

“What most people don’t know is that Ariana Grande initially auditioned to be in that video,” a voiceover explains.

“Howdy, Howdy,” she says in the clip.

She goes on to introduce herself as she admits, “Blake doesn’t think I’m country enough but I told him he’s so wrong, so hopefully this will really show him what he needs to see.”

She even tries to sing “Come Back As A Country Boy,” but the song doesn’t exactly fit her style.

“Did I get it?” Grande asks at the end of the clip.

Watch the “audition” below.

“Come Back As A Country Boy” is Shelton’s latest single and appears on the deluxe version of his Body Language album.

The song was written by Michael Hardy, Josh Thompson and Jordan Schmidt.

“I think this song is an anthem for everyday hardworking country people out there,” Shelton previously shared in a statement. “We have so much pride in who we are and what we do that, if we ever died and got the chance to live life over again, we probably wouldn’t do it if we couldn’t be country.”

The music video, released in November, features computer-generated imagery and shows Shelton rising out of fire ignited by an asteroid that lands on Earth from outer space.

Rising from the fiery ashes, Shelton is reincarnated with a beer in his hand as he declares, “When I die, I wanna come back as a country boy.”

Watch the original music video by clicking above.