Country Next: Artists To Watch In 2021

2020 was a turbulent year for everyone, both in country music and in the world at large. Still, there were…

2020 was a turbulent year for everyone, both in country music and in the world at large. Still, there were plenty of promising young upstarts who seem poised to launch into stardom in 2021. Here’s Country Now’s picks for who to watch out for in the coming year.

With the title of 2019 American Idol champ under his belt, Laine Hardy was poised for success going into 2020, and he’s continued to expand his fanbase this year with a steady stream of homegrown, traditional-leaning country releases. Hardy is a proud Louisiana native, and that love of his small-town roots shines through in songs like “Ground I Grew Up On,” “Let There Be Country” and “Tiny Town.” The singer also proved his versatility this year, pivoting from a planned tour to a virtual string of shows after the COVID-19 pandemic struck. Now, as 2020 finally winds down, Hardy seems ready to make his move in country’s big leagues.

Few debut projects pack in as much personality as Lainey Wilson’s Redneck Hollywood EP, which she dropped in the fall of 2019. Ever since she released her first batch of music, Wilson’s made no bones about who she is and what she stands for: The singer’s a true-blue Louisiana girl with a mouth full of southern accent and a level of ambition and drive that landed her in the company of in-demand Nashville producer Jay Joyce. Wilson showed off her fun side with her glammed-up Dolly Parton tribute “WWDD,” but her current single, “Things a Man Oughta Know,” lays her more serious side — and her willingness to stand her ground — on the table. Wilson’s take on country music is fresh, exuberant and entirely her own, with much more to come in the year ahead.

Rising star Tiera found a ringing endorsement from a member of country’s royalty when she participated in the televised singing show Real Country, and was praised for her country authenticity by show judge Shania Twain. But that’s just the latest in a string of accolades the singer’s been piling up: In 2020, she was named one of CMT’s Next Women of Country, and she signed to Nicolle Galyon’s female-focused Songs & Daughters publishing company. An Alabama native with pop-country sensibilities, Tiera has consistently proved her knack for creating bubbly, uplifting earworms like the romantic “Found it in You” and sultry “Shut it Down.” The multi-faceted singer is also the host of her own The Tiera Show, on Apple Music. 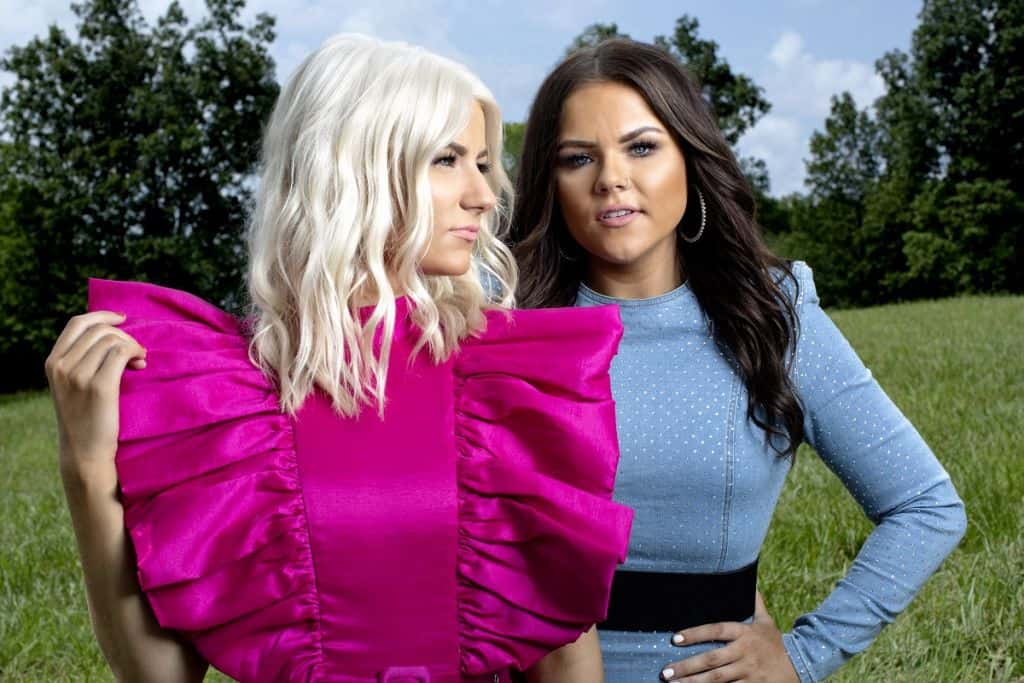 Sister duo Walker County took on a time-honored country tradition this fall when they released “Shovel,” a revenge anthem that follows in the footsteps of classics like Carrie Underwood’s “Before He Cheats,” the Chicks’ “Goodbye Earl” and Miranda Lambert’s “Gunpowder and Lead.” But that’s just the beginning for this rising act, who also recently caught Kelly Clarkson’s attention for their powerful vocal harmonies. The duo stand out not only for their colorful songwriting and vocal prowess but also for their musicianship: Ivy Dene plays guitar in the group, while Sophie Dawn Walker holds down the drums. Fans can expect to see a whole lot more of Walker County in 2021, as they’re booked to hit the road with Tanya Tucker for the CMT Next Women of Country tour once in-person shows can resume.

After years of cutting her teeth in Nashville as a singer-songwriter, Priscilla Block got her big break in August of 2020 when her song, “Thick Thighs,” went viral on TikTok. A body positivity anthem styled in all of the trappings of Miranda Lambert-esque twang, “Thick Thighs” demonstrated Block’s knack for colorful lyrics about real life, and she doubled down on that style of songwriting with the release of “PMS.” But Block is no one-trick pony: Her heartbreak ballad “Just About Over You” reached No. 1 on the all-genre iTunes chart after its late summer release, showing another side of Block’s talent for tapping into relatable subject matter. While 2020 has posed challenges for every performing artist, this rising star found a creative way to continue to grow her fanbase during quarantine through viral TikTok videos, and she seems poised to expand on that success exponentially in the year ahead.

2020 has been a banner year for rising star Parker McCollum. The singer put out his breakthrough debut single, “Pretty Heart,” back in April, and heavy online streaming pushed the song into Billboard’s Hot Country Songs chart before he even officially sent it to radio. “Pretty Heart” ultimately landed in the chart’s Top 10, and it’s featured on Hollywood Gold, a six-track project that scored McCollum the title of highest-selling debut EP of 2020. McCollum wrote five of the songs on that project, and the one he didn’t write was co-penned by none other than Chris Stapleton. Taking cues from fellow Texans and country outlaws like Willie Nelson and Kacey Musgraves, McCollum has found success on his own terms, and shows no signs of slowing down anytime soon.

Ashland Craft first made an impression as a 2017 contestant on The Voice, where she seamlessly weaved between classic country with a Tanya Tucker cover and rock ‘n’ roll with Bon Jovi. Following her run on the singing competition, the rising singer began honing her performing skills in some impressive country company, hitting the road with the likes of Luke Combs and Morgan Wallen. In 2020, the singer inked a deal with Big Loud Records and began turning heads with the release of songs like “Two Wildflowers and a Box of Wine” and “Trainwreck.” She’s also featured on “So Close,” a duet with HARDY on his 2020 studio album, A ROCK. And with 2021 getting closer and closer, a debut album of her own shouldn’t be too far behind for this rising star.

Travis Denning has been slowly building momentum over the past couple of years, making waves at country radio with the release of his 2018 debut, “David Ashley Parker From Powder Springs,” and his chart-topping follow-up, the rock-inflected “After a Few.” In 2020, he served up his debut EP, Beer’s Better Cold, putting his head together with an all-star team of songwriters such as Rhett Akins and Chase McGill to pen the songs on the project. Known for his sizzling guitar work as well as songwriting prowess, Denning had big plans for 2020, as he was booked as an opening act for Sam Hunt’s Southside tour. Still, a peek at his social media reveals that Denning’s been enjoying the sweet side of quarantine, spending plenty of time hunting and fishing with his family and friends. He closed out 2020 by working on some new music, too, sharing a snippet of an unreleased song called “Dirt Road Down” on social media.

Another rising star who got his start on The Voice is Kameron Marlowe, a former auto parts salesman hailing from North Carolina who made the move to Music City to pursue a career as a country performer. Right off the bat, he proved his appeal as a singer-songwriter when his independently-released debut, “Giving You Up,” topped 49 million on-demand streams after its release. Next up, he shared “Burn ‘Em All,” whose music video featured Bachelor and Bachelor in Paradise star Tia Booth. During 2020, Marlowe — like any other songwriter — had to make some adjustments to his writing process, taking his co-writing sessions virtual in order to keep creating new music. But the singer hasn’t had to slow down too much: In fact, he told Country Now in October that one of his favorite songs he’s written all year was created on Zoom.

Trio Restless Road first came together on Season 3 of the TV singing competition The X Factor, but since then, they’ve found a famous fan in Kane Brown, who signed them as the flagship artists to his new record label and offered them an opening slot on his 2020 Worldwide Beautiful Tour. Restless Road even collaborated with Brown in the studio, with the superstar lending vocals to their John Denver tribute, “Take Me Home,” a song that Brown pitched to the trio. Restless Road included that song on their self-titled debut EP, which came out in February. Since then, the band has gained traction on social media, and they recently put out a music video for another song off their EP, “One Step Ahead.” Bolstered by the social media skills and creativity they picked up in quarantine, Restless Road are poised to emerge into 2021 stronger than ever.

Classic country fans in the market for traditional-minded newcomers need look no further than Tyler Booth, the Kentucky native who came of age sitting in on his dad’s rock band’s rehearsals. Booth moved to Nashville at the invitation of songwriter and producer Phil O’Donnell, who’s known for his work with the likes of Blake Shelton, Craig Morgan and George Strait. In 2019, the rising singer jumped into the country big leagues, duetting with Brooks & Dunn on their Reboot album. He’s also put out three boot-tapping new tunes this year, including “Half a Mind to Go Crazy,” “In God and Trucks We Trust” and “87 Octane.” With a brand-new major-label deal under his belt, a full album, shouldn’t be far behind.